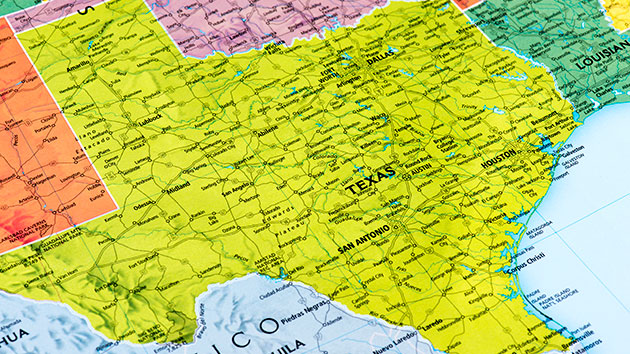 (HOUSTON) — Just days after he was criticized for taking a controversial trip to Mexico as millions of Texans suffered in freezing temperatures amid water and power outages, Texas Sen. Ted Cruz came under fire for posting photos of himself helping with relief efforts at the same time one of his most prominent opponents came into the state to offer aid.

Cruz visited some sites in the Houston area on Saturday and Sunday, delivering bottled water to residents and providing food to first responders. The social media posts, which featured the senator in a mask with the Texas flag, were met with thousands of replies and tweets slamming Cruz for what many called a “photo op” to counter the bad press he got for taking his trip.

“My constituents made me cut short my Vacation to Cancun and all I got was to be shamed into carrying their water,” actress Patricia Arquette tweeted in a reply to Cruz.

Cruz took a trip to Cancun with his family Wednesday while many parts of the state were still out of power, water and other supplies. He was photographed and videotaped by passengers at the airport and on the plane and those images prompted a flood of criticism and jabs.

Cruz was scheduled to return Saturday but flew back to Texas on Thursday following the backlash. The senator’s office put out a statement claiming the trip was for his two daughters, Caroline and Catherine, and their friends. He later told reporters that he had second thoughts and, in hindsight, “I wouldn’t have done it.”

Abhi Rahman, a spokesman for the Texas Democrats, said in a statement to ABC News that Cruz’s actions this weekend would not diminish the senator’s misguided vacation.

“Ted Cruz showed the entire world who he is when he ditched Texas during our greatest time of need. No amount of pandering is going to change that,” he said in a statement.

Representatives for Cruz didn’t immediately return messages to ABC News for comment about his activities this weekend. He was back in Washington D.C. Monday for Senate hearings.

Critics were key to highlight that Cruz’s social media posts and charity actions took place at the same time that U.S. Rep. Alexandria Ocasio-Cortez, D-N.Y., one of Cruz’s staunchest critics, flew to Texas to help with relief efforts.

The New York congresswoman teamed up with Texas congresswomen Sylvia Garcia, Penny Morales Shaw and Shelia Jackson Lee to help the Houston Food Bank and raised over $5 million to help families affected by the storm.

The Democratic congresswomen also helped distribute food and water and spoke with families affected by the storm.

In a statement to ABC News, the Houston Food Bank said between Feb. 17 and Feb. 21, it distributed 1,000 emergency pallets that contained shelf-stable foods, water and produce. The non-profit commended the congresswomen for their efforts and outreach.

“Their efforts to amplify the awareness of need here in southeast Texas has been a huge help,” the Houston Food Bank said in a statement.

Rahman said the Texas Democrats are also grateful for the assistance from Ocasio-Cortez.

“Texas won’t forget who was there for us during our greatest time of need and we’ll hold those accountable who weren’t,” he said in a statement.

US to purchase advanced missile system for Ukraine’s defense