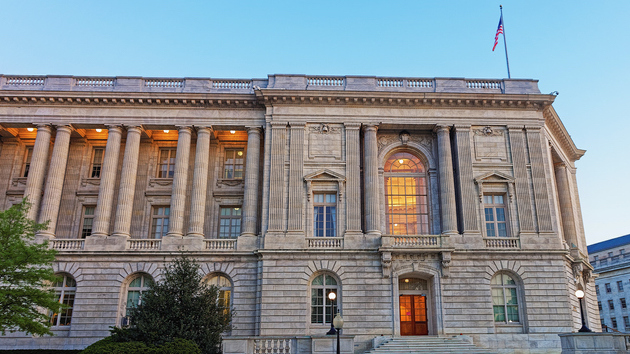 (WASHINGTON) — Several governmental buildings in Washington, D.C., were evacuated Thursday morning due to what Capitol Police call “an active bomb threat investigation” after a man drove a pickup truck onto a sidewalk.

It’s still unclear if there were explosives in the truck, Manger said in an afternoon news conference.

The suspect had been sitting in his truck for several hours in front of the Library of Congress and said he had explosives, Manger said.

Responding officers said he had what appeared to be a detonator in his hand, Manger said.

The suspect then exited his truck and surrendered without incident, Manger said.

Authorities are also investigating a video posted to Facebook that purports to have been posted by the man in the vehicle.

The Cannon House Office Building, a congressional office building, was evacuated via underground routes. The Library of Congress and Supreme Court building were also evacuated. Both the Supreme Court and Congress are on recess.

Messages were sent to congressional staffers asking that they “remain calm and relocate to Longworth House Office Building using the underground tunnels.”

Senate staff were asked in a message to “remain clear of the police activity” and to “please move indoors” if they were outside on Capitol grounds.

The FBI said it was responding. The White House is monitoring the situation and is receiving updates from law enforcement, according to an administration official.