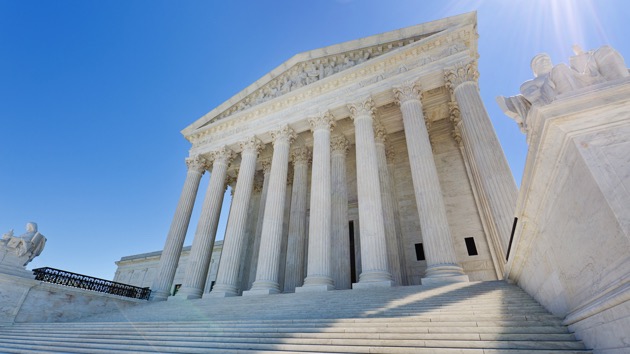 (WASHINGTON) — Victims of a police shooting who evade immediate arrest have nonetheless been “seized” under the Fourth Amendment and can challenge the use of force in court, the U.S. Supreme Court said Thursday.

The 5-3 decision, authored by Chief Justice John Roberts, affirmed constitutional protections for “the right of the people to be secure in their persons” and dealt a setback to law enforcement groups seeking to limit legal liability for officers.

Roxanne Torres of Albuquerque, New Mexico, was shot multiple times by police in 2014 as she sped off in her Toyota FJ Cruiser while experiencing methamphetamine withdrawal. She survived and was later apprehended but sued the officers claiming the shooting amounted to an unreasonable seizure under the Fourth Amendment.

Lower courts rejected her claims in favor of the officers, saying that because she was not immediately stopped or arrested it was not a “seizure.” Roberts, in reversing those decisions, explained “the officers seized Torres for the instant that the bullets struck her.”

“We hold that the application of physical force to the body of a person with intent to restrain is a seizure even if the person does not submit and is not subdued,” Roberts wrote.

Roberts said the court was not taking a position on whether the shooting was an improper seizure — a question that would be left to lower courts to consider along with any damages caused and possible qualified immunity for the officers.

“The majority holds that a criminal suspect can be simultaneously seized and roaming at large,” Gorsuch wrote.

“Until today, a Fourth Amendment ‘seizure’ has required taking possession of someone or something. To reach its contrary judgment, the majority must conflate a seizure with its attempt and confuse an arrest with a battery. In the process, too, the majority must disregard the Constitution’s original and ordinary meaning, dispense with our conventional interpretive rules, and bypass the main currents of the common law,” he wrote.

Justice Amy Coney Barrett did not participate in the case since it was argued before her confirmation to the bench.

The decision means Torres can now pursue a Fourth Amendment case against the officers in federal court.