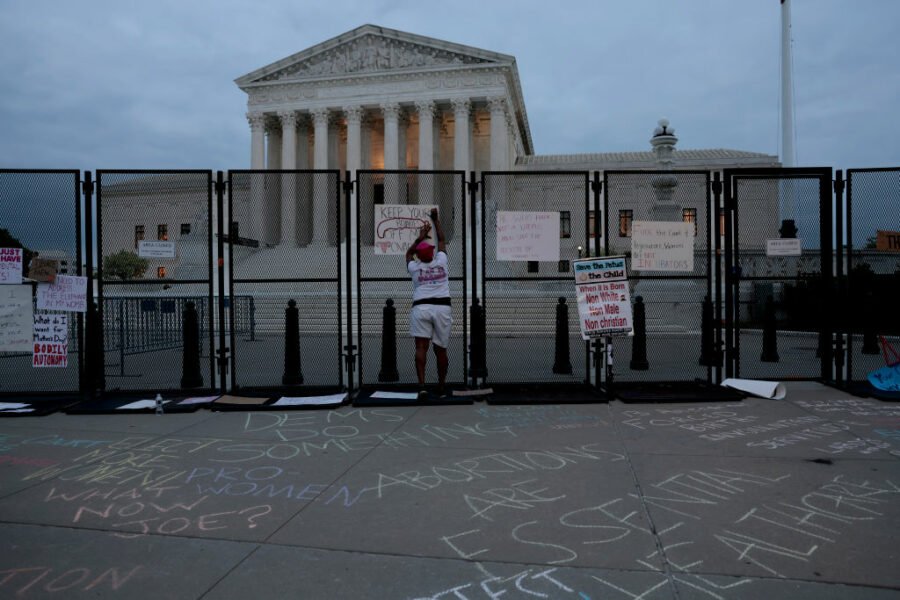 (WASHINGTON) — The extraordinary leak of a draft Supreme Court opinion to overturn Roe v. Wade has triggered an equally extraordinary whodunnit focused on a small universe of court employees who have regular access to the institution’s most sensitive and confidential documents.

“I think the most likely explanation is that it’s an insider, and the only question is what is the motive?” said Cardozo Law professor Kate Shaw, a former clerk to Justice John Paul Stevens and ABC News legal analyst.

For the first time in court history, the Marshal of the Court – the institution’s little known chief operations officer, who also oversees an independent police force – is leading an internal investigation to identify the source of a leaked opinion draft.

“This was a singular and egregious breach of that trust that is an affront to the Court and the community of public servants who work here,” Chief Justice John Roberts said in a statement Tuesday announcing the probe.

Court Marshal Gail Curley, a career Army lawyer and West Point graduate with expertise in national security law, will take the lead, Roberts said. Her office has declined to provide details on how the investigation will be conducted or whether any findings will be made public.

Attorney General Merrick Garland declined Thursday to say whether any Justice Department or federal law enforcement resources have been requested or would be involved.

A likely key early focus of investigators will be the paper trail, since draft opinions are closely-held and not widely accessible.

Sources familiar with the drafting process said it can produce dozens of drafts and hundreds of pages of documents over the course of several months, particularly in high-profile cases.

After oral arguments in each case, the justices take an initial private vote and then begin writing opinions. They circulate copies among each other for feedback, often in multiple rounds electronically, according to former clerks. During that time views – and votes – can change.

“If it was the case that somebody from inside the Supreme Court’s building deliberately leaked this outside to the press, it’s outrageous. It’s really awful,” said Rachel Barkow, vice dean of NYU Law School and a former clerk to Justice Antonin Scalia. “It’s only when everyone agrees an opinion is ready to go out that all the opinions go public.”

Independent law enforcement analysts suggested investigators were likely to consider the possibility of a computer hack or computer carelessness — such as leaving a sensitive system unattended — but that the primary theory would likely be a deliberate act.

“A family member, a friend, someone who came across an opinion draft left in a restaurant or a hospital or something like that,” said Shaw. “But these opinions, again, are very closely held. They’re ordinarily not left sitting around.”

Possible suspects in the leak include each of the nine justices; roughly 30 administrative staff who work behind the scenes in the justices’ private chambers; and, the 37 law clerks who do research and writing of draft opinions.

“The justices trusted us implicitly,” said Thiru Vignarajah, a former clerk to retiring Justice Stephen Breyer. “There were two different servers — one for draft opinions and another for you to do your research — to make sure that an external hack didn’t happen to the Supreme Court.”

Sherif Gergis, a former clerk for Justice Samuel Alito, told ABC News the consequences for leaking were a widely known and compelling deterrent.

“There’s a very strong unspoken sense of confidentiality that does get spelled out when you begin,” Girgis, now a Notre Dame Law professor, said. “The clerks have extremely high personal incentives not to do anything like this because of the way that it could completely ruin their chances at a serious legal career.”

Investigators will hope to learn not just who leaked the draft but why — specifically whether there a political motive behind the act. The Alito draft in Dobbs v. Jackson Women’s Health was marked “first draft” and dated Feb. 10; the court’s final decision is not expected until the end of June.

Politico, which first obtained the draft opinion, identified its source as a “person familiar with the court’s deliberations.” If an employee insider is outed, experts said he or she could be fired, sanctioned or disbarred as a lawyer.

However, if the leak was perpetrated by a justice directly, potential punishment is less clear. “There’s not a whole lot you can do to sanction a Supreme Court justice short of impeachment,” said Shaw.

The blow to the court’s credibility comes at a critical moment ahead of expected major rulings on not just abortion but school prayer, immigration and gun rights before the end of the term.

“I find it very hard to imagine a healthy functioning court next year if the person who made the leak isn’t identified, publicly identified and sanctioned for it,” Girgis said.

Other observers emphasized that the likely decision itself — overturning Roe v. Wade after almost 50 years of being considered settled and reaffirmed precedent — would do the most damage to the court’s reputation.

“We’ll talk about this leak for the next few days or the next couple weeks, but we will be talking about the impact of this decision — if it holds — for a decade or a generation,” said Vignarajah. “And we’re taking one of the most divisive issues in American history and turning it back into a political football.”