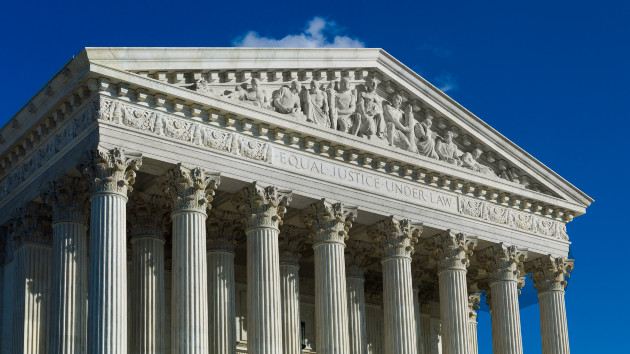 (WASHINGTON) — The Supreme Court is set to hear arguments Tuesday in a case that could have major implications for President Joe Biden’s approach to immigration enforcement at the border, with the justices deciding the legality of a Trump-era policy known as “Remain in Mexico.”

Officially termed the “Migrant Protection Protocols” — or MPP — the policy was created to send unauthorized immigrants, including asylum seekers, back to Mexico while their cases are processed in immigration court. Human rights observers and immigrant advocacy organizations have documented high rates of kidnapping, extortion and violence in the areas migrants were forced to wait.

A University of California San Diego report of more than 600 asylum seekers subjected to the MPP program found about a quarter of them reported receiving violent threats, about half of which resulted in physical violence, beatings and robbery.

After Biden attempted to formally end “Remain in Mexico” last year, a federal court ordered the administration to reinstate it, siding with Texas and Missouri, which sued the government for allegedly violating the Immigration and Naturalization Act.

While the INA says that the Department of Homeland Security “shall” detain unauthorized noncitizens pending immigration proceedings, it also allows for their release on a case-by-case basis. No administration has ever been given enough resources by Congress to detain everyone who has attempted to cross the border without legal documentation.

But Texas and Missouri argue the Biden administration has been indiscriminately releasing migrants without applying the appropriate case-by-case assessment.

As a result, “Remain in Mexico” has continued under court order even though just over 3,000 migrants have been subjected to it since December, according to the DHS.

The number of southwest border encounters recently topped one million since the start of the 2022 budget year — a 20-year record — though that doesn’t mean there is a record number of unauthorized migrants.

The same week the end of Title 42 was announced, administration officials said they were preparing for an influx of migrants at the border that could top a record-breaking 18,000 apprehensions per day. But it’s not clear if those estimations account for repeat offenders.

Under Title 42, migrants are able to make repeat attempts at crossing the border to make a full case for asylum.

The recidivism rate for illegal border crossings continues to remain at an elevated level as it has throughout the implementation of the Title 42 restrictions. Last month, 28% of those who attempted to cross made at least one previous attempt within a year. That means many of those migrants’ attempts were considered multiple “encounters” by Border Patrol.

The year before Title 42 was implemented, the recidivism rate was a fraction of the current trend. Only 7% had attempted to cross more than once.

If the administration drops the use of MPP and Title 42, which it plans to end next month, Republicans and career border enforcement officials say the country will be losing vital tools to deter illegal entries.

Republicans and Biden critics have attributed the attempt to pare down and repeal “Remain in Mexico” to migration surges seen at the border in recent years. However, MPP enrollments dropped significantly at the outset of the global pandemic in early 2020 and its use was essentially superseded by the Trump administration’s implementation of Title 42, which has been used more than 1.8 million times to rapidly return migrants to Mexico.

The Biden administration plans to end the fast-track Title 42 removals on May 23 and instead process all migrants under pre-pandemic rules that allow more access for migrants to file humanitarian protection claims. That move — a return to the same policy employed by the Trump administration prior to the pandemic — is expected to result in more migrants being released into the U.S. with orders to show up at a future court date. GPS ankle monitors and parole-like checkups are often required as conditions for release.