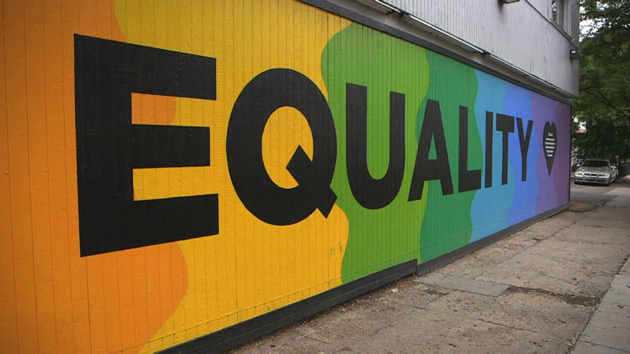 Colorado has long been at the center of debate over LGBTQ rights. A U.S. Supreme Court decision in Romer vs. Evans, 26 years ago, struck down a Colorado amendment prohibiting protections for LGBTQ people. - ABC News

(DENVER) — Four years after the U.S. Supreme Court ruled narrowly in favor of a Colorado baker who refused to make a wedding cake for a gay couple, the justices are preparing to take up a potentially more sweeping and consequential question: whether public accommodation laws that require business owners to offer all customers their goods and services infringe on freedom of speech.

Denver wedding website designer Lorie Smith, who opposes same-sex marriage, is asking the high court to strike down Colorado’s Anti-Discrimination Act, which would require her to serve LGBTQ couples or face fines. She says the law, which has no exemptions, forces her to implicitly express support for something that violates her religious beliefs.

“While I’m happy to serve everyone, and I have served everyone, including those who identify as LGBT, there are certain messages I am unable to promote through my business,” Smith told ABC News.

The case, 303 Creative LLC v. Elenis, pits the free speech clause of the First Amendment against legislative efforts to stamp out discrimination against minority groups, particularly the LGBTQ community. Lower federal courts sided with Colorado, saying it has an overriding interest in ensuring equal access to publicly available goods and services.

“If you’re open to the public, you need to accommodate everybody. That’s a core of our civil rights law, and it has deep roots in American law,” said Colorado Attorney General Phillip Weiser.

If the justices were to allow a “free speech exemption” from anti-discrimination protections, Weiser said, the impact could extend far beyond sexual orientation to potentially allow discrimination based on someone’s religion, race or ethnicity.

“If a wedding website designer says I will sell Christian websites that have Biblical verses on it, they can choose to design their websites, design their product as they want,” Weiser said. “What they can’t do is say if you’re a same-sex couple, you can’t have this website.”

In 2018, the Supreme Court sided with Colorado baker Jack Phillips after he was fined by state officials for declining to make a wedding cake for a same-sex couple; but the 7-2 decision focused only on the Colorado Civil Rights Commission’s conduct in the matter, saying the panel had shown undue hostility to Phillips’ religious views during the investigation.

The court at the time did not address the broader question of denying service to certain customers on First Amendment grounds, which it will now consider. Until Smith’s case is resolved, Phillips said he continues to stay out of the lucrative wedding cake business. Smith has also refrained from marketing wedding website services.

LGBTQ advocates see things differently. Since the Court has recognized marriage as a civil right, regardless of sexual orientation, the nature of the couple seeking wedding services shouldn’t be a basis to discriminate, they say.

“And it’s not just cakes and flowers: Think about haircuts, think about clothing design, think about landscape design. Any kind of custom good or service can be thought of as having creative or artistic qualities,” said Jennifer Pizer, acting chief legal officer of Lambda Legal, an LGBTQ advocacy group.

“This case has the potential to blow an enormous hole in our nation’s civil rights laws, and the stakes really could not be higher for LGBTQ people,” Pizer said.

Research published last year by the Journal of Legal Studies found that religious exemptions under civil rights law “can have a significant and robust, even if inadvertent, impact” on customers, estimating a 61% to 85% chance that same-sex couples will experience discrimination when planning a wedding.

“I think that what’s really important is that if somebody decides that they do need to speak up about unfair treatment that we have laws that protect them,” said Rex Fuller, CEO of The Center on Colfax, an LGBTQ community center in downtown Denver.

Twenty-six years ago, in the Supreme Court case Romer v. Evans, a 6-3 majority struck down a Colorado amendment that prohibited protections for LGBTQ people. The years since have seen significant expansion of rights and equality, but some fear the Smith case could mark a turn.

Transgender discrimination is at the heart of Phillips’ latest legal battle involving Colorado’s Anti-Discrimination Act. Autumn Scardina, a transgender Denver woman, is currently suing the baker in state civil court for allegedly refusing to design her a pink and blue cake because of her gender identity.

“As soon as I told him who I was, then it became, I won’t sell it to you,” Scaridna told ABC News. “What I asked for was a pink and blue cake, and he freely admits he makes pink and blue cakes. Even though I was guarded, even though I expected that result and was hoping for the other, it still stung, stung tremendously.”

Phillips maintains he is unable to design a cake celebrating a gender transition because of his religious beliefs. “We told this person, you know, we serve everybody; will gladly serve you — will make other custom cakes for you. You’re welcome to come in and shop, buy cookies, brownies, anything that I have,” he said, “but I can’t create that cake because it is a message that I couldn’t create.”

The state civil case, which is still pending on appeal, highlights the stakes in the higher-profile showdown playing out in Lorie Smith’s case at the nation’s highest court.

“I’m hoping the U.S. Supreme Court justices will stand for free speech because no one should live in fear of government punishment simply because the government doesn’t agree with their views on a certain topic,” Smith said.

Attorney General Weiser said he’s optimistic the justices will hold the line. “The regulation of conduct to prohibit discrimination is protected activity, and it is really critical that we not break from that,” he said.