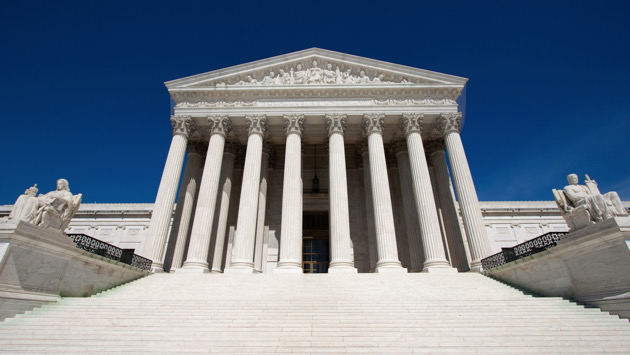 (WASHINGTON) — More than 110 days after Justice Samuel Alito authored a first draft opinion that would overturn Roe v. Wade, Supreme Court deliberations over a final ruling have entered a critical phase, four weeks before the justices recess for summer and as an internal probe into a leak of the draft intensifies.

A decision in Dobbs v. Jackson Women’s Health — the Mississippi case challenging Roe — could come as soon as Monday, but most veteran court watchers expect an opinion rolling back constitutional protection for abortion rights will likely be released in late June.

The unprecedented publication of Alito’s leaked draft last month upended the court’s traditional workflow, an iterative process marked by frank and private exchanges of ideas between justices over the course of months.

“What happened at the court is tremendously bad,” Justice Clarence Thomas said this month of the leak’s impact on court dynamics. “You begin to look over your shoulder. It’s kind of an infidelity.”

Several former Supreme Court clerks, once intimately involved in the opinion drafting process, told ABC News the Dobbs majority opinion — and related concurring and dissenting opinions — are all likely in the midst of tense and frenzied rounds of revision.

“The more everyone else’s temperature goes up, the more Chief Justice Roberts insists on business as usual — even when the building is on fire,” said Sarah Isgur, an ABC News legal analyst. “What that means for Dobbs is not clear at this point.”

How the opinion drafting process works

On Dec. 3, two days after oral arguments in the abortion rights case, the justices met for their scheduled weekly conference when preliminary votes are taken on cases heard that week. Each was asked to weigh in on the central question posed in Dobbs: “Whether all pre-viability prohibitions on elective abortions are unconstitutional.”

Five conservative justices — with the exception of Chief Justice Roberts — voted ‘no’ at that time, according to the leaked first draft opinion. Justice Thomas, who as the most senior among them had responsibility to assign the majority author, assigned Justice Alito to put their views into writing.

More than two months later, according to the time stamp on the leaked draft, Alito shared with his colleagues a 67-page majority opinion. Legal experts have characterized the document, dated Feb. 10, as an opening bid in the opinion writing process, as it does not reflect any input from dissenting justices and may not reflect input from other justices on Alito’s side of the case, legal experts point out.

Over the past three and a half months, the justices have likely been providing feedback to Alito in the form of electronic and paper memos between chambers, former clerks said. Only around 80 people — the justices, clerks and administrative staff — have access to draft opinions and dissents as they circulate, sources say.

“We had two different computer systems — one for internal materials where draft opinions were held, and another for research through one of the online resources,” said Thiru Vignarajah, a former clerk to Justice Stephen Breyer.

It is not clear how many subsequent draft opinions and dissents may have been circulated to date.

Roberts in a May 3 statement on the leaked Alito draft noted, however, that “it does not represent a decision by the Court or the final position of any member on the issues in the case.”

The Supreme Court says some opinions may be revised a dozen or more times before publication, sometimes including a dramatic shift in vote alignment on the outcome of a case.

“It is a common experience that dissents change votes, even enough votes to become the majority,” the late Justice William Brennan once said, according to the Supreme Court Historical Society.

Roberts famously changed his position several times behind the scenes in 2012 during the first major challenge to the Affordable Care Act. After initially voting to strike down the heart of the law — the individual insurance mandate — and uphold the law’s expansion of Medicaid, Roberts ultimately flipped on both late in the drafting process, CNN’s Joan Biskupic, the Chief’s biographer, reported at the time. The shift narrowly saved the ACA.

While most legal analysts expect the Court will uphold Mississippi’s 15-week ban on abortions at the center of the Dobbs case — and in turn, rollback nearly 50 years of precedent, as reflected in the Alito draft — the scope of the ruling and its legal rationale could still be in flux behind the scenes.

“There may be people that after they read [Alito’s opinion] say, I don’t really agree with that, or it’s not as strong an argument as I thought, and so they may decide to write separately [in a concurrence],” said Rachel Barkow, vice dean of NYU Law School and a former clerk to Justice Antonin Scalia.

“Sometimes people take an even more extreme position and say, I was wrong. I thought I was going to vote to uphold this law, but I can’t do it, so I’m going to join the dissent, or I’m going to wait and see what the dissent has to say and see which one is better,” Barkow said.

Chief Justice Roberts, who has long signaled opposition to Roe and its reasoning, notably did not join the majority in the initial vote on Dobbs and has reportedly been lobbying fellow conservatives to join him in taking a narrower approach than the one advanced by Alito.

Justices Sonia Sotomayor, Elena Kagan and Stephen Breyer have all previously supported constitutional protection of a woman’s right to end a pregnancy before a fetus is considered viable outside the womb, around 24 weeks. They are certain to author a vigorous dissent.

Barkow said draft dissenting opinions will likely seek to pressure the majority justices by calling out alleged inconsistencies, flawed reasoning, and overlooked impacts of their decision.

“Each side goes back and forth until everybody feels like they’re ready to release the decisions. That’s why we wait so long,” Barkow said. “The justices are usually very respectful of each other in terms of hearing the feedback, giving the other side time to respond to the extent they want to, and it’s only when everyone agrees that an opinion is ready to go out.”

Publication and release of opinions

Complicating the process in major cases is the likelihood that each justice will want to write an individual opinion — concurring or dissenting — to emphasize a special point. Those drafts are circulated along with the majority opinion and primary dissent and can evolve over time.

The Dobbs decision is also overshadowed by an ongoing internal investigation into how a first draft of the Alito opinion was leaked to Politico. The probe, ordered by Chief Justice Roberts and led by Court Marshal Army Col. Gail Curley, has strained relations inside the court and exacerbated divisions around one of the most contentious cases in years, several justices and court insiders have said publicly.

When all revisions are complete, traditionally before the end of the court’s term on June 30, a master proof of the opinions is sent to the Court’s Reporter of Decisions for final processing before release.

The Reporter writes a summary of the ruling — called a “syllabus” — and copy edits the text of the opinions before having physical copies of the case documents printed, a step that can take several additional days after a decision is technically finalized.

Prior to the pandemic, the justices would announce decisions in-person from the Supreme Court bench. Today, the releases happen electronically on the court’s website not long after physical printing is complete. It is not publicly known in advance which cases will be decided on a designated opinion release day.