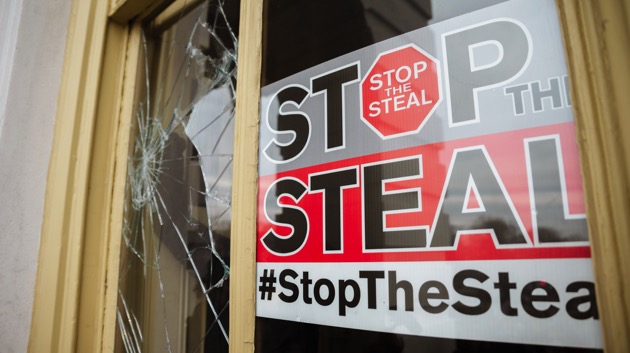 (WASHINGTON) — Ali Alexander, a prominent conservative activist who organized “Stop the Steal” rallies after the 2020 election, is cooperating with the House Jan. 6 select committee and is scheduled to appear behind closed doors on Thursday morning.

Alexander, who was banned from Twitter over his posts about the presidential election, is expected to tell investigators that he had “nothing to do” with any violence that occurred on Jan. 6 at the Capitol, according to a prepared opening statement obtained by ABC News.

Alexander’s cooperation with the committee was first reported by The New York Times.

“As a Black and Arab man, an American, it is common for people who look like me to be blamed for things we did not do,” he said.

Alexander said he attended President Donald Trump’s address to supporters on the National Mall as a guest. Hinting at disagreements with activists in his circle, he is expected to tell the committee that other organizers removed information from the program that would have instructed rallygoers where to go after the event — which could have prevented Trump supporters from marching to the Capitol.

Lawmakers issued subpoenas to Alexander and other conservative activists and organizers who were involved in setting up the post-election rallies in support of Trump’s challenges to the election results.

Investigators are interested in any communications between organizers, Trump White House officials and congressional Republicans — and whether the potential for violence was raised before the assault on the Capitol.

In a statement announcing its subpoena to Alexander in November, the committee said Alexander repeatedly referenced the potental for violence at “Stop the Steal” events following the election.

Ahead of the attack on the Capitol, Alexander was in communication with some Republican lawmakers and aides as he organized rallies around the country on Trump’s behalf. He spoke at a Jan. 5 rally in Washington with far-right and pro-Trump extremist groups, leading chants of “Victory or death!”

In his opening remarks, Alexander said he had spent more than 100 hours working to gather records to comply with the committee’s requests, and called the ordeal “extremely difficult and burdensome.”

“But I am voluntarily here to do the patriotic thing,” he is expected to tell the panel in his opening remarks.

Ahead of Alexander’s appearance, former Trump White House chief of staff Mark Meadows sued the committee and House Speaker Nancy Pelosi over the subpoenas issued for his documents and phone records, after he declined to appear for a deposition and Democrats vowed to hold him in contempt of Congress.

The committee has interviewed more than 275 witnesses, issued dozens of subpoenas and collected thousands of pages of records, along with social media, cell phone and communications data. The panel is expected to start a new round of public hearings as soon as next month.

Chairman Bennie Thompson, D-Mississippi, said the committee has also questioned state election officials in key battleground states about efforts to challenge their work and any potential contacts from the Trump administration.