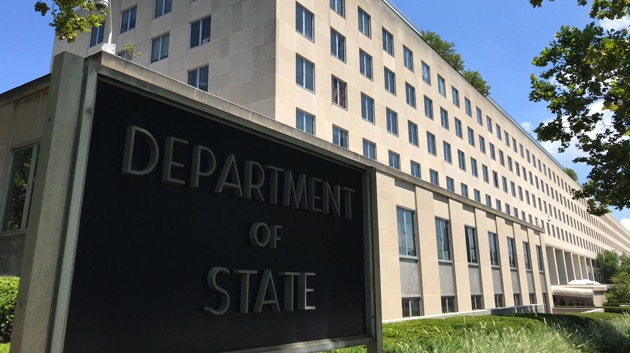 That the voice of the Biden administration on the world stage, whose words will be analyzed in foreign capitals and provide direction for U.S. diplomats overseas, will be a gay man is unremarkable, which is itself a remarkable thing.

It also sends a potent message to foreign LGBTQ activists, especially those fighting in countries where same-sex relationships are still criminalized.

Ned Price is a longtime national security hand who spent over a decade at the CIA, including three years serving as the National Security Council spokesperson under President Barack Obama. He left the agency in February 2017, resigning with a Washington Post op-ed that expressed alarm at President Donald Trump and his approach to U.S. intelligence. Throughout Trump’s term, he was a frequent critic, appearing on cable news and leading policy and communications for National Security Action, a progressive advocacy group of former Obama administration officials.

His appointment as State Department spokesperson, announced last month, made few headlines because of his years in progressive foreign policy circles and prior public affairs roles. Instead, it was seen as one of many diverse picks, along with his deputy Jalina Porter, the first Black woman in her role, at an agency that has long struggled with diversity.

“The point that the secretary has made and that President Biden himself has made is that we need a national security workforce that looks like the country we represent, and that’s especially important for the Department of State that’s speaking to rest of world. Both in our word and our deed, our values of inclusiveness and strength in diversity will be on full display,” Price told ABC News. “Representation matters.”

It’s a stark contrast to the fight over James Hormel, a wealthy LGBT activist and co-founder of the Human Rights Campaign, the largest U.S. LGBTQ advocacy group, who Clinton nominated to be ambassador to Luxembourg.

Hormel’s nomination was approved by the Senate Foreign Relations Committee in November 1997, but social conservatives blocked a full Senate vote to confirm him for over a year and a half. In May 1999, over continued opposition, Clinton used a recess appointment — appointing someone in an acting capacity while the Senate is adjourned — to make him ambassador.

“It really seems like forever ago, and the country has changed in so many ways and even large swaths of the world have changed,” said Michael Guest, a career diplomat who became the first openly gay ambassador confirmed by the Senate, less than three years after Hormel’s appointment. Guest served as U.S. ambassador to Romania under President George W. Bush before retiring from the Foreign Service.

Since then, there have been 14 openly gay U.S. ambassadors in total, including five nominated by Trump. The U.S. has still never had an openly lesbian, bisexual or transgender envoy.

Same-sex relations are criminalized in over 70 countries, including 11 that have the death penalty for private sexual activity.

“The average LGBT person [around the world] … probably won’t even know necessarily that someone in that position is gay because our country has come a long way in recognizing that is one factor in many in how a person is made up,” said Guest, who worked on the Biden transition.

“But the fact that no one is precluded from rising to that level of a government agency will be like a penny dropping on many countries — that we are, in fact, back to the country that they’d like to see theirs emulate,” he added.

Several activists said that message of U.S. leadership on LGBTQ issues is welcome, but it needs to be backed by policies, too.

“The last four years, the fight for LGBT+ rights has been much harder because of the U.S.’s absence. It empowered conservative governments like the Iraqi government to crack down even more on LGBT+ citizens,” said Amir Ashour, an Iraqi LGBTQ activist who created the country’s first and only advocacy organization, IraQueer.

He continued, “But while we’re very excited to see this shift in the U.S. government, Price’s appointment won’t mean much for LGBT+ people in countries like Iraq unless the U.S. foreign policy and immigration laws actively protect LGBT+ people.”

Akuson, who sought asylum in the U.S. in 2018 after suffering a homophobic attack in his hometown in central Nigeria, agreed, telling ABC News, “Hopefully this will be the beginning of a more humane and kinder approach to LGBTQ people from all around the world who are desperate for refuge.”

Advocates have called for strengthening the asylum system, particularly after the Trump administration moved to raise the burden of proof for LGBTQ people to credibly claim asylum in the U.S.

Biden’s Secretary of State Antony Blinken also promised to name a special envoy for the human rights of LGBTI persons, a role created under the Obama administration and shuttered under Trump. Pride flags will also fly on U.S. embassies’ official flagpoles during Pride Month, which Blinken’s predecessor, Mike Pompeo, forbid — unless approval was granted.

“It shows a dawning of a new era,” said Ty Cobb, who founded the Human Rights Campaign’s global program. “We’ve come a long way, and in that, there’s hope.”