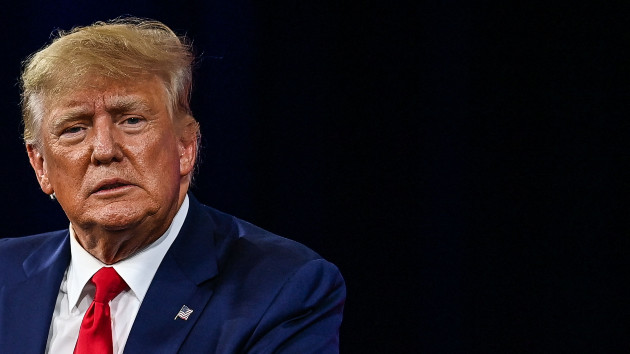 The move comes after committee members voted 24-16 last week to release the documents after sensitive information — like bank account numbers and Social Security numbers — had been redacted.

Trump has long fought to keep his tax records private.

Trump released a statement Friday pushing back on the House committee for making the records public while also claiming they “show how proudly successful” he has been.

“The Democrats should have never done it, the Supreme Court should have never approved it, and it’s going to lead to horrible things for so many people,” Trump said. “The great USA divide will now grow far worse. The Radical Left Democrats have weaponized everything, but remember, that is a dangerous two-way street!”

Committee Chairman Richard Neal, D-Mass., told reporters last Tuesday that the committee found there was no ongoing audit of Trump’s tax returns during his presidency until the committee requested them, despite an IRS requirement that tax returns filed by a sitting president or vice president are subject to audit.

“The tax forms were really never audited and only my sending a letter at one point prompted a rearview mirror response,” Neal said.

The committee had requested six years’ worth of Trump’s returns from the Treasury Department as part of what it said was an investigation into IRS audit practices of presidents and vice presidents.

Trump has accused the committee of seeking his taxes under false pretenses, saying the probe is just a politically motivated fishing expedition. But the committee said the documents were critical for drafting “legislation on equitable tax administration, including legislation on the President’s tax compliance.”

According to a summary released last week by the committee, Trump and his wife, Melania, together reported $31.7 million in losses and reported $641,931 in net taxes during the first year of Trump’s presidential campaign, in 2015.

The top Republican on the committee, Rep. Kevin Brady of Texas, has said Democrats made a major mistake in a “rush to target” Trump by releasing his tax returns.

“Ways and Means Democrats are unleashing a dangerous new political weapon that reaches far beyond President Trump, and jeopardizes the privacy of every American,” Brady said in a statement.