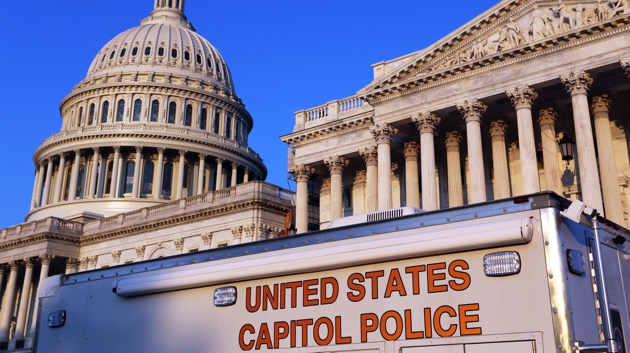 (WASHINGTON) — While Capitol Police are marking six months since the Jan. 6 attack on the U.S. Capitol by touting changes the agency has made to better prepare for such incidents, Congress continues its push for further investigations into the deadly incident.

In a letter released by the Capitol Police Tuesday morning, Acting Capitol Police Chief Yogananda Pittman paid tribute to the officers who lost their lives defending the Capitol in January and charted a path forward for the agency.

“We will never forget USCP Officers Brian Sicknick and Howie Liebengood, who died after the attack, nor the sacrifices of the nearly 150 law enforcement officers who were injured,” she wrote. “Throughout the last six months, the United States Capitol Police has been working around the clock with our Congressional stakeholders to support our officers, enhance security around the Capitol Complex, and pivot towards an intelligence-based protective agency.”

A Jan. 6 rally in support of then-President Donald Trump turned deadly after Trump encouraged his supporters to march to Capitol Hill, where Congress was meeting to certify Joe Biden’s election win.

Rioters breached barricades and security checkpoints, forcing Vice President Mike Pence and lawmakers to evacuate or shelter in place, temporarily disrupting the certification. Five people, including Capitol Police officer Brian Sicknick, died during or after the riot, 140 police officers were injured and the Capitol building suffered approximately $1.5 million in damage.

Pittman touted changes the agency has made since then, such as increased information sharing and training.

She wrote that the U.S. Capitol Police have opened offices in Florida and California to monitor threats outside the D.C. area, with more offices set to open, and is working with Congressional oversight committees so the Capitol Police can immediately request assistance from the National Guard.

The National Guard, which was stationed at the Capitol since Jan. 6, left on May 24.

“Those are just some of the improvements the United States Capitol Police is making, with the support of our Congressional stakeholders, in the wake of the January 6 attack,” Pittman wrote.

The Justice Department has charged more than 500 people with actions related to the riot at the Capitol — with crimes ranging from misdemeanors to conspiracy.

The U.S. Capitol has seen an increase in physical security measures since the riot as well.

In a statement, Capitol police say they don’t discuss plans due to security concerns, but the outer permitter of the fencing that has been around the Capitol since right after the attack came down on March 24 and the remainder is slated to come down this week, sources familiar with the plan told ABC News.

Senate Minority Leader Mitch McConnell pointed to investigative work being done by Senate committees, most notably a joint effort by the Senate Rules and Homeland Security, as evidence for why a bipartisan commission was not needed.

That joint effort yielded a 95-page report that found “significant breakdowns ranging “from federal intelligence agencies failing to warn of a potential for violence to a lack of planning and preparation by (U.S. Capitol Police) and law enforcement leadership.”

But the joint report was narrow in scope and did not examine events leading up to the Jan. 6 insurrection. Democrats called for further action, prompting Pelosi to form the select committee.

She tapped GOP Rep. Liz Cheney, who was stripped from her No. 3 leadership position in the House Republican conference due to her criticism of former President Donald Trump, to serve on the committee, along with seven other Democrats.

“We are very honored and proud she has agreed to serve on the committee,” Pelosi told reporters Thursday.