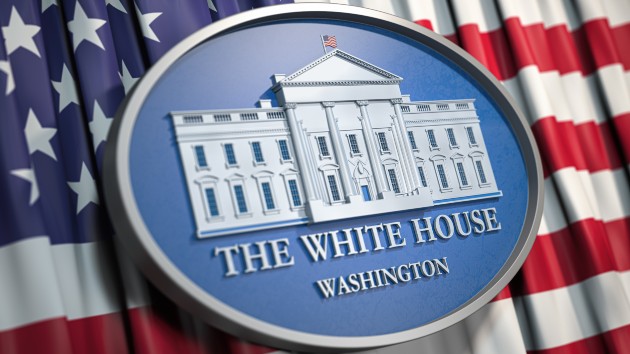 (WASHINGTON) — Some of President Joe Biden’s top aides in the White House, including advisers overseeing the administration’s coronavirus response and vaccine operation, have not publicly disclosed their personal finances even as they play a significant role in the multibillion-dollar federal operation to curb COVID-19.

Senior White House adviser Anita Dunn, deputy coronavirus response coordinator Andy Slavitt and coronavirus vaccine coordinator Bechara Choucair are not required to file public financial disclosure reports that would reveal their past employment, source of income, personal assets and liabilities, due to the temporary nature of their positions or because they are paid below the reporting threshold, a White House official told ABC News.

The decision not to require public disclosures from those officials comes as the Biden administration has publicly released financial disclosure forms for dozens of other White House aides, including Chief of Staff Ron Klain, COVID-19 response coordinator Jeff Zients, Domestic Policy Council Director Susan Rice and National Security Adviser Jake Sullivan, revealing a vast amount of wealth held by some of the president’s top advisers.

Under the federal ethics law, political appointees that play substantial roles within an administration are typically required to publicly disclose their current and past financial ties to ensure transparency and public trust in their policymaking roles without conflict of interest, according to ethics experts.

But some appointees are permitted to forgo public disclosure of their personal finances if their roles within the executive government are limited to advisory work of less than 130 workdays — a position known as a special government employee — and are paid less than roughly $132,500 a year or equivalent, ethics experts say.

Such appointees still have to file confidential disclosure forms so that the government agency employing them can assess any potential conflicts and make sure they don’t run afoul of the law as they engage in their temporary duties, said Delaney Marsco, senior legal counsel of ethics at Campaign Legal Center.

During the Trump administration, former Stanford professor and political commentator Dr. Scott Atlas served as a special adviser on the White House Coronavirus Task Force under the special government employee status, but resigned days before his 130-day limit expired amid controversy surrounding his criticism of mask-wearing and social distancing.

Dunn, a veteran communications and political strategist, was reportedly brought onto Biden’s White House team as a temporary senior adviser to help the president push his initial agenda from inside the West Wing. It’s unclear exactly how much she’ll be paid or how long she’ll be in the White House.

“If she is in the White House and is performing a substantive role, which I can’t imagine somebody of her caliber not doing that, it would be better for her to be disclosing her conflicts of interest or make them make a public disclosure so her conflicts of interest can be assessed,” said Virginia Canter, a former Obama administration official and current chief ethics counsel at the Washington-based government ethics group Citizens for Responsibility and Ethics in Washington.

Canter said that was particularly true if Dunn is retaining her outside position as a partner at the public affairs and political consulting firm SKDKnickerbocker, which still lists her as part of the firm’s team.

Prior to joining the White House, Dunn served as a senior adviser on the Biden-Harris transition team as well as on Biden’s presidential campaign, for which she was paid roughly $45,000 in the final two months leading up to the November election, campaign disclosures show. SKDKnickerbocker was also paid more than $2 million during the election cycle, but it’s unclear if Dunn received any of those funds. The firm’s vice president of public affairs, Cameron French, served as a senior spokesperson for the Biden transition team.

SKDKnickerbocker has disclosed campaign and lobbying clients through various disclosure records, but Dunn’s own past clients and financial ties have remained private. Dunn also previously served as former President Barack Obama’s White House communications director between February and November 2009, but she’s among the very few early Obama administration officials whose financial disclosures could not be found in ProPublica’s Obama administration financial disclosure archive.

Slavitt, an Obama-era official who was notably brought on, with Zients, to fix the Obamacare website rollout before being named acting head of the Centers for Medicare and Medicaid, has also joined the Biden administration in a temporary role. A former executive of UnitedHealth, Slavitt has retained at least two of his outside positions: general partner at Town Hall Ventures, an investment firm that focuses on early-state health care companies, and chairman of the board of United States of Care, a nonprofit that promotes health care expansion.

As with Dunn, it’s unclear exactly how much Slavitt will be paid or for how long he’ll be in the White House, but he has taken an out-front approach in the Biden administration, often speaking at COVID-19 press briefings and pushing Biden’s agenda of 100 million vaccinations in the first 100 days.

Biden, who is on Day 67 of his administration, surpassed his initial 100 million vaccination goal last week, taking a victory lap with remarks in the White House East Room.

Choucair, the senior vice president and chief health officer for health care provider Kaiser Permanente, was brought on as Biden’s vaccinations coordinator to help roll out the 100 million dose effort. According to the most recent tax form filed by the nonprofit, Choucair was among its highest-paid employees, receiving a total of more than $1.2 million in combined salary, bonuses and other compensation. Several of his fellow Kaiser executives were also paid seven- and eight-figure amounts.

A family physician by training, Choucair entered Biden’s circle when he was appointed Chicago’s health commissioner in 2009, holding the post for five years and working, in part, under then-Mayor Rahm Emanuel, who had served as chief of staff under President Obama.

Marsco told ABC News that people who are engaged by the government for a short period of time — in only advisory roles that don’t pay significant salaries — are not required to publicly disclose their finances because they are not “huge threats to the public’s trust.” On the other hand, high-ranking presidential appointees, she said, “have so much power, and public scrutiny of their finances is necessary to ensure citizens feel confident in the priorities of those making massive, impactful decisions.”

“If these folks are performing roles that are more akin to a cabinet secretary or PAS appointee [presidential appointments requiring Senate confirmation], we would certainly want public assurances that there are no conflicts here, perhaps by way of a PFD [Personal Financial Disclosure],” Marsco said.

She said making this determination is based on one essential, underlying question: What’s really the nature of their roles?

“Are they actually in advisory roles that justify this special status, or are they taking on more formal government roles and trying to evade public disclosure?” Marsco said. “I am not suggesting that the latter is occurring intentionally, if at all — but I think it is absolutely reasonable to ask these sorts of questions.”

Walter Shaub, director of the United States Office of Government Ethics under the Obama administration, told ABC News that temporary officials not filing disclosure forms is “a pretty common practice for special government employees, and it’s allowed by the rules.” Shaub said that it’s more important to watch whether the individual intends to quit after 130 workdays.

“You have to have a good faith belief that the person will not work for more than 130 workdays in order to call them a special government employee,” Shaub said.