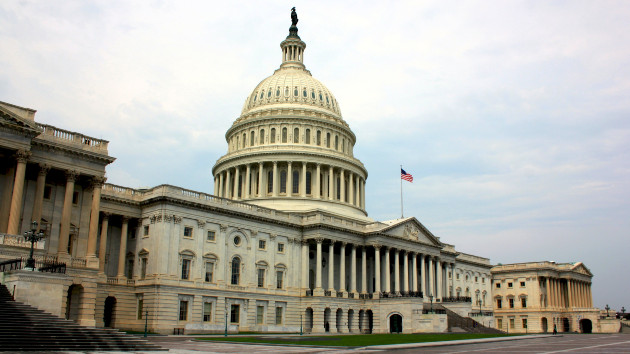 (WASHINGTON) — In the wake of a bombshell leak last week of a Supreme Court draft opinion indicating the court’s conservative majority could soon overturn Roe v. Wade, Senate Democrats on Wednesday will force a vote to advance a bill that would enshrine abortion rights into federal law.

The Women’s Health Protection Act would codify the Roe v. Wade ruling while also banning requirements some states have put into place related to abortion care, such as waiting periods and mandatory doctor visits before the procedure. But without the 60 votes needed to overcome a GOP-led filibuster, the legislation is all but certain to fail in the Senate, sending Democrats scrambling for alternatives.

“There’ll be no more hiding. There’ll be no more distracting. No more obfuscating where every member in this chamber stands,” Schumer said Tuesday on the Senate floor. “Senate Republicans will face a choice. Either vote to protect the rights of women to exercise freedom over their own bodies, or stand with the Supreme Court as 50 years of women’s rights are reduced to rubble before our very eyes.”

Schumer filed cloture on Monday on a motion to start debate on the Women’s Health Protection Act, setting the bill up for a procedural roll call vote on Wednesday. The bill cleared the House last year but already failed once to pass through the upper chamber in February, when Schumer failed to get the entire Democratic caucus on board, in a 46-48 vote. Democrats currently control 50 seats in the Senate with Vice President Kamala Harris, as president of the Senate, serving as their tie-breaking vote — but 60 votes are needed to end debate on a piece of legislation, under the filibuster rule.

Not only are Democrats lacking the 60 votes needed to get past a GOP-led filibuster, but it’s also unclear whether they’ll have the full support of their caucus, since Sen. Joe Manchin, D-W.Va., voted with Republicans to block the measure earlier this year.

Republicans and Manchin have taken issue with how broad the Women’s Health Protection Act is, prompting Democrats to draft a modified version. Still, Sens. Susan Collins of Maine and Lisa Murkowski of Alaska — the sole Senate Republicans who support abortion rights — told reporters this week the bill still goes too far for them and that they would be voting “no.”

Collins and Murkowski have their own proposal to codify Roe called the Reproductive Choice Act, which they say would prohibit states from imposing an “undue burden” on the ability of a woman to choose to terminate a pregnancy pre-viability but allow states to keep other restrictions in place. However, 17 abortion-rights groups this week said would not protect the right to abortion.

Sen. Tim Kaine, D-Va., told ABC News’ Trish Turner on Tuesday he’s been negotiating with Collins since last week to try to change the Reproductive Choice Act to find a way in federal law to protect access to abortion and contraception.

“We would like to codify the set of holdings beginning with Griswold up through the Whole Women’s Health case,” Kaine said of the bipartisan effort, referring to the Supreme Court case Griswold v. Connecticut upholding a constitutional marital right of privacy. But that measure, again, would need 60 votes to overcome a GOP filibuster.

Anticipating the Senate vote, abortion-rights activists spilled over from outside the Supreme Court to the steps of the U.S. Capitol on Tuesday night, calling on lawmakers to protect abortion access nationwide.