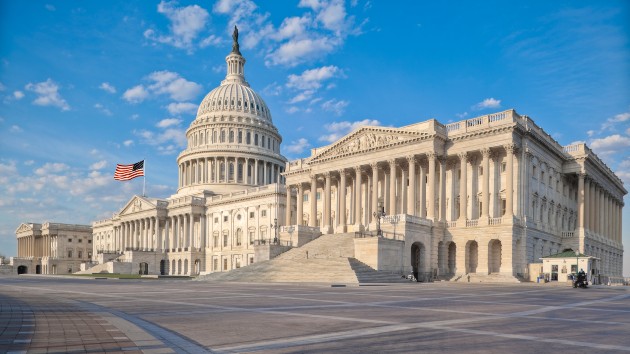 The fallout from the attack continues Tuesday as the Senate will hold the first public meeting about the incident during a joint hearing between the Homeland Security and Governmental Affairs Committee and the Rules and Administration Committee.

The hearing includes top officials who were responsible for security at the Capitol on Jan. 6. Three of those officials, former U.S. Capitol Police Chief Steven Sund, former Senate Sergeant at Arms and Doorkeeper Michael Stenger and former House Sergeant at Arms Paul D. Irving, resigned in the immediate wake of the attack.

Additionally, law enforcement officials will examine the various security failures that led to the breach.

Lawmakers will also question Metropolitan Police Department Acting Chief Robert Contee on Tuesday. His agency provided backup for the Capitol security force that was overrun by the pro-Trump mob.

Lawmakers will use this hearing to determine what security is needed in Washington moving forward. However, this will be the first of several hearings.

Sens. Amy Klobuchar, D-Minn., and Gary Peters, D-Mich., said the next hearing will include representatives from the Department of Defense, FBI, Homeland Security, and other agencies. Lawmakers from both parties said they want to prevent incidents like the siege from ever happening again.

On Jan. 5, Sund hosted a virtual meeting focused on the Jan. 6 event as well as the Inauguration.

“During the meeting, no entity, including the FBI, provided any intelligence indicating that there would be a coordinated violent attack on the United States Capitol by thousands of well-equipped armed insurrectionists,” Sund wrote.

“The outrageous, deadly, and destructive attack marks a sad day in the history of our country,” Sen. Roy Blunt, R-Mo., told ABC News in a statement. “The officers who defended the Capitol that day deserve to be recognized and praised for their valiant efforts.”

He added, “our institutions are durable, but I hope they will never again be tested in this way.”