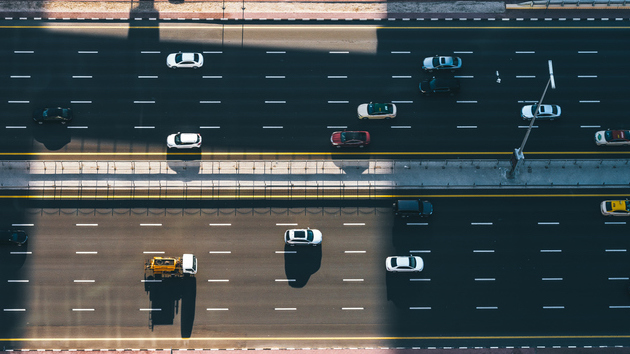 (WASHINGTON) — Senate Democrats on Wednesday lost a key test vote to allow a bipartisan infrastructure deal to advance — after Republicans involved in the talks say they needed more time to finalize details before helping Democrats meet the Senate’s 60-vote threshold to start debate on the bill.

While Majority Leader Chuck Schumer’s effort failed — handing him and President Joe Biden at least a temporary political loss on a top priority — the White House earlier Wednesday the president was “extremely supportive” of Schumer’s strategy aimed at jump starting negotiations on the measure that would spend $1.2 trillion on “traditional infrastructure.”

The partisan defeat, by a vote of 49 to 51, belied the comity behind the scenes as a bipartisan group of 11 senators works feverishly behind the scenes to finalize the terms of their package to fund major public works projects, from bridges and highways to public transit and broadband.

“This vote is not a deadline to have every final detail worked out. It is not an attempt to jam anyone,” Schumer said on the Senate floor Wednesday morning.

“According to the negotiators, spurred on by this vote this afternoon –- they are close to finalizing their product,” he argued. “Even Republicans have agreed that the deadline has moved them forward more quickly. We all want the same thing here – to pass a bipartisan infrastructure bill. But in order to finish the bill, we first need to start.”

Key Republican negotiators in the bipartisan group of senators who have been trying to work out the deal say they believe they can finalize it by Monday.

“We are making tremendous progress, and I hope that the majority leader will reconsider and just delay the vote until Monday. That’s not a big ask of him,” GOP Sen. Susan Collins of Maine told reporters Monday morning.

The group huddled over Mexican food and wine behind closed doors for over two hours late Tuesday night, but left without squaring all of their differences on how to pay for package.

Schumer, the Republicans say, is well-aware of their position that waiting until next week to hold a vote would heighten the chances of success.

Sen. Mitt Romney, R-Utah, told reporters Wednesday afternoon that 10 Republicans have signed a letter to Schumer indicating that they are prepared to support taking up the bill on Monday.

He said it was his understanding that “Leader Schumer wanted to understand if there were ten Republicans in favor of getting on the bill, and we’ve indicated, Yeah, there are ten. Probably more.”

Negotiators said Tuesday that there are about six remaining issues with the bipartisan bill, the thorniest of which is how to structure spending on public transit systems.

At the same time, the senior lawmaker expects the legislation to be finalized by Monday, and that includes the nonpartisan analyses by various agencies breaking down all of the financing options, how much revenue would be produced, and a final price tag.

Republicans, in particular, will be looking to show that the $579 billion in new spending is fully paid for.

If the vote seems certain to fail, Schumer could switch his vote to the losing side at the last minute, enabling him as majority leader, under Senate rules, to call up the vote again for reconsideration.

The Wednesday vote is to start debate on a shell bill because there is no final bill from the negotiators. It would serve as a placeholder should negotiators strike a final deal.

The measure is separate from a much larger bill Biden and Democrats are pushing that would spend $3.5 trillion on so-called “human infrastructure” such as child care.

Democrats plan to push that through the Senate with no Republican votes, using a budget tool called “reconciliation.”