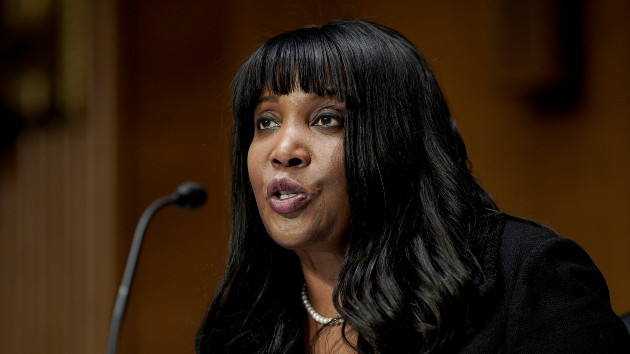 (WASHINGTON) — The Senate on Tuesday confirmed Lisa Cook to be the first Black woman to serve on the Federal Reserve’s Board of Governors.

The vote was 51-50, with Vice President Kamala Harris breaking the tie.

The confirmation comes as inflation rates continue to soar.

“As President Biden said today, addressing inflation remains a top priority of the Biden-Harris Administration, as we work to lower costs for hardworking families,” a White House official said. “It is important to have a fully-staffed Federal Reserve who can take on these challenges for the American people.”

Senate Republicans argued that Cook is not qualified for the position, especially when it comes to interest rate policy.

“We got more letters, I believe, in support of Lisa Cook than any nominee for the Fed,” said Sen. Sherrod Brown, D-Ohio, Banking, Housing and Urban Affairs Committee chair.

She also served as an adviser for the Federal Reserve, Banking, and Securities Regulators Agency Review Team on the Biden-Harris transition team and on the White House Council of Economic Advisers from 2011 to 2012.