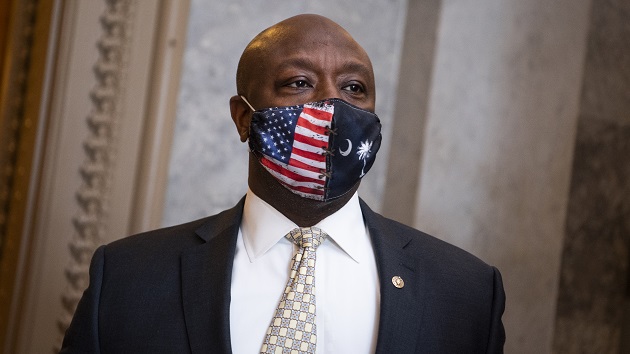 The announcement comes as negotiations over policing reform have taken center stage on Capitol Hill. The senator from South Carolina has been the lead negotiator for Republicans on policing reform — working closely with Sen. Cory Booker, D-N.J., and Rep. Karen Bass, D-Calif., on a possible bipartisan deal.

The White House has already made it clear that Biden plans to elevate the issue of police reform in his speech on Wednesday. And now all eyes will be on Scott, the only black Republican in the Senate, for a response.

“We face serious challenges on multiple fronts, but I am as confident as I have ever been in the promise and potential of America. I look forward to having an honest conversation with the American people and sharing Republicans’ optimistic vision for expanding opportunity and empowering working families,” Scott said in a statement.

“.@SenatorTimScott is not just one of the strongest leaders in the Senate. He is one of the most inspiring and unifying leaders in our nation. I’m glad he’ll be delivering the Republican Address following the President’s remarks on Wednesday,” McConnell wrote.