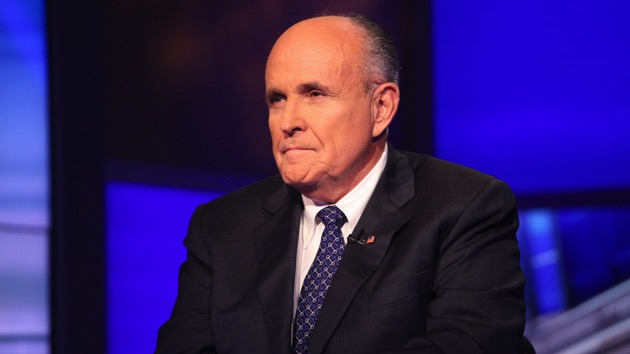 The Appellate Division of the New York Supreme Court said Thursday it was “immediately suspending” Giuliani’s license — although it is an interim suspension, so he will have an opportunity for reinstatement.

The ruling was made in response to a complaint filed by the New York Bar Association seeking Giuliani’s suspension.

The New York Bar Association “has sustained its burden of proving that respondent made knowing false and misleading factual statements to support his claim that the presidential election was stolen from his client,” the court’s decision said. “There is uncontroverted evidence that respondent communicated demonstrably false and misleading statements to courts, lawmakers and the public at large in his capacity as lawyer for former President Donald J. Trump and the Trump campaign in connection with Trump’s failed effort at reelection in 2020.”

“These false statements were made to improperly bolster respondent’s narrative that due to widespread voter fraud, victory in the 2020 United States presidential election was stolen from his client,” the Appellate Division wrote. “We conclude that respondent’s conduct immediately threatens the public interest and warrants interim suspension from the practice of law, pending further proceedings before the Attorney Grievance Committee.”

“We are disappointed with the Appellate Division, First Department’s decision suspending Mayor Giuliani prior to being afforded a hearing on the issues that are alleged,” Giuliani’s counsel said in a statement. “This is unprecedented as we believe that our client does not pose a present danger to the public interest. We believe that once the issues are fully explored at a hearing Mr. Giuliani will be reinstated as a valued member of the legal profession that he has served so well in his many capacities for so many years.”

The court said it could not overstate the “seriousness” of Giuliani’s “uncontroverted misconduct.”

“False statements intended to foment a loss of confidence in our elections and resulting loss of confidence in government generally damage the proper functioning of a free society. When those false statements are made by an attorney, it also erodes the public’s confidence in the integrity of attorneys admitted to our bar and damages the profession’s role as a crucial source of reliable information,” the court wrote. “One only has to look at the ongoing present public discord over the 2020 election, which erupted into violence, insurrection and death on January 6, 2021 at the U.S. Capitol, to understand the extent of the damage that can be done when the public is misled by false information about the elections.”

Federal investigators carried out a search warrant at Giuliani’s home and office earlier this year as part of an ongoing probe led by federal prosecutors from the Southern District of New York regarding Giuliani’s alleged lobbying efforts abroad during the Trump presidency, which was a key focus of the first impeachment case against then-President Trump.

Giuliani has maintained that he did nothing wrong.