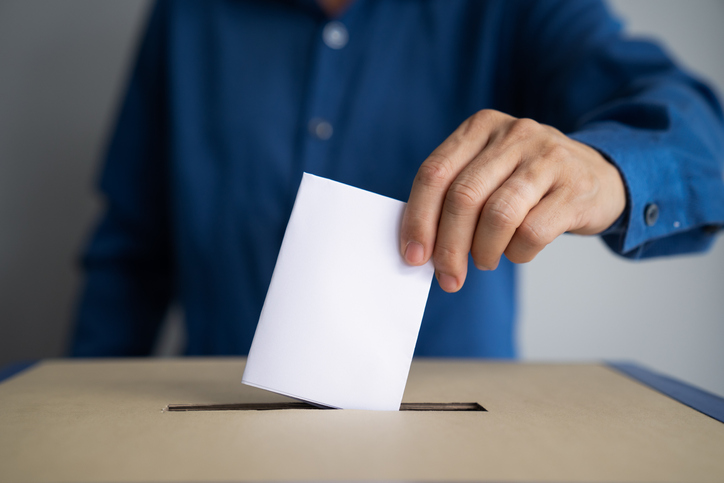 (TOLEDO, Ohio) — At a community block watch meeting earlier this month outside of Toledo, Ohio, residents told personal stories of break-ins, burglaries, road rage and shootings in their neighborhoods and they pressed local police about the response to ongoing crime.

“This is my hometown. This is something unlike anything I’ve ever seen in my lifetime,” Florence McLennan, who helps organize the monthly gatherings, told ABC News. “When I grew up as a child, we didn’t lock our doors. We didn’t close our windows. We could walk anywhere at any time of the day or night. I would be apprehensive to do that today. Things have definitely changed drastically.”

McLennan is not wrong about the last few years.

Until 2021, Toledo averaged about 30 homicides a year. But then the number of homicides more than doubled in 2021 to 71 — and Toledo was not alone. An ABC News analysis found Toledo was one of more than a dozen cities to exceed previous homicide records last year.

While murders have started to decline again this year, both in Toledo and in other major cities around the country, Republican candidates have seized on spikes in violence and voters’ anxieties about the issue in the final stretch of campaigning before the midterm elections.

GOP ads across the country — in Georgia, in Pennsylvania, in Washington state — portray cities as lawless, frightening and out of control.

“Who’s going to sit down and say, ‘I’m pro-crime?’ Nobody,” Leah Wright Rigueur, a history professor at Brandeis University and ABC News political contributor, said in an interview. She referred to campaign messaging on crime as “a relatively easy, dunking point.”

“Here’s the thing about using crime as a political talking point: You don’t actually want to go through the nuances of crime,” she added. “You say, ‘Do you feel safe walking home at night? Do you feel safe in your neighborhood?’ These are things that you can use even in spaces that have disproportionately high safety ratings, even in spaces that have very low crime, because then you’re not just talking about crime, right? You’re also talking about the threat of it.”

Like many other Republicans around the country, J.D. Vance, running for Senate in Ohio, has made crime a cornerstone of his campaign and worked overtime to paint his Democratic opponent, Rep. Tim Ryan, as anti-police.

“Some fringe lunatics on the other side … decide they’re going to declare war on American police instead of violent criminals,” Vance said at a recent rally in Perrysburg, Ohio. “Two years ago, Tim Ryan tried to take qualified immunity from our police officers. If you did that, it would be impossible to recruit the police officers necessary to keep our streets in Ohio safe.” (Ryan’s campaign has said he doesn’t support defunding police, but he has criticized what he called racial disparities in criminal justice.)

At Vance’s event, voters who spoke with ABC News said they had mixed thoughts on the issue. Some did say crime was top of mind, while others said it was less of an issue where they lived.

According to a nationwide ABC News/Washington Post poll conducted in September, crime was the fourth-most important issue to voters come November and respondents said they trusted Republicans by 14 points over Democrats on the issue.

Still, many Republicans candidates running for federal office, including Vance, have struggled to propose specific policies to combat crime beyond hiring more police officers, which is often actually decided at the local level.

GOP ads and talking points have focused on blaming Democrats, side-stepping issues of gun regulations and pervasive gun violence, recidivism and rehabilitation of offenders and whether to increase community economic opportunities.

Increasingly, some conservatives’ comments on crime have racially inflammatory undertones.

Speaking at a rally earlier this month next to former President Donald Trump, Alabama Sen. Tommy Tuberville said that Democrats were pro-crime and added, “They want reparations because they think people who do the crime are owed that,” the AP reported.

Reparations are almost always raised in America in relation to the country’s history of enslaving Black people.

While Tuberville’s comments were quickly condemned as “racist” by the NAACP and others, a spokesperson soon insisted, “The issue is crime, not race.”

“You can’t come out and say, ‘Black people are dangerous.’ It is ineffective at appealing to, you know, mixed communities or white liberals or white moderates, none of whom want to be associated with racism,” Rigueur said. “But when you do it in a really subtle way, all of a sudden all of these fears and biases that people hold within come rising to the surface and it ends up being a relatively effective political mobilization tool.”

As for practical solutions, Toledo Police Chief George Kral told ABC News that he does need more officers but recruitment has been really hard and that widespread access to guns is also a major issue in his city.

Kral said in the last few years, he has ramped up his work with federal officials to do everything he can to get firearms off the streets.

He argued a combination of factors, many related to COVID-19 restrictions that started in 2020, led to the rise in crime last year.

“We’re social people. We’re not meant to be locked in … They were sick and tired of being sick and tired, and they [went] a little stir crazy,” Kral said in an interview in his office in downtown Toledo.

Add on top of that the social unrest after the murder of George Floyd and the economic depression in parts of his city — and Kral called it all “a perfect storm.”

“We had relatives shooting each other at, at cookouts. We had a sister who shot her brother over a PlayStation game. There’s just no regard for human life anymore,” he said.

The pandemic regulations also created a backlog in the courts that Kral said had serious implications for Toledo. He said criminals were very aware that jails were not holding them as long in pre-trail confinement.

“They told our people, ‘Go ahead, take my gun. I’ll be out in three hours, and I’ll have another gun in five hours.’ There are some prolific offenders here who have been arrested month after month after month after month for the same things,” Kral said. He credited local courts who have recently worked overtime to try to make up for the backlog. But still, he said he worried it could take more than a year still for courts to get caught up.

Kral said the attention on crime in ads and in the political conversation did not help: “It’s a self-fulfilling prophecy. You hear something or say something for a long enough time, you start believing it to be true.”

Toledo activists in the Black Lives Matter movement agreed that the pandemic put extra stressors on locals and contributed to the spikes in crime.

“Our communities were already faced with trauma due to lack of everything. And then the pandemic did anything but exacerbate that lack,” Avis Files with the Brothers and Sisters United Program told ABC News during a small group discussion in the residential Roosevelt neighborhood.

She and her colleagues disagreed that simply adding more cops to the beat was the answer.

David Bush, a city commissioner who works closely with Files, said that too often he hears that “Black people don’t want cops.”

“That’s not true. What we don’t want is bad — I don’t want bad food, bad teachers, bad cops, bad anything. Right? But if somebody breaks in my house, who do you think I’m calling? Calling the cops,” he said.

Files and Bush said they felt that too often minority communities were scapegoated in the buzzy campaign conversations around crime and that too few politicians were willing to do the long, often slow work of engaging with communities to provide better education, economic opportunities and development to address the root issues in the long term.

“We want what’s good for the community,” Bush said.