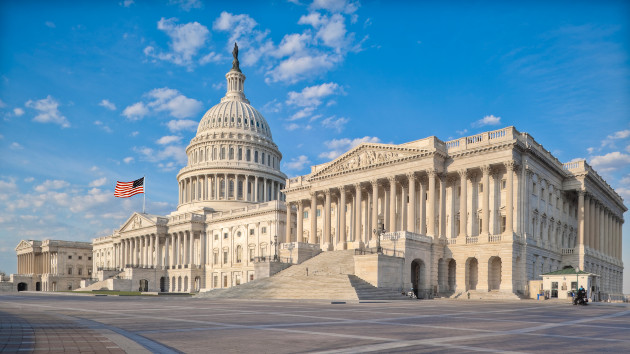 (WASHINGTON) — Senate Republicans are poised to quash an effort Thursday to establish a bipartisan, independent commission to study the Jan. 6 attacks on the U.S. Capitol that that left five people dead.

Senate Minority Leader Mitch McConnell announced his opposition last week — along with his House GOP counterpart, Kevin McCarthy — ahead of the House vote approving the measure with 35 Republicans joining Democrats. The high-profile GOP move has provided political cover for most Republicans in both chambers to reject the legislation.

“It’s a purely political exercise that adds nothing to the sum total of information,” McConnell told reporters Tuesday, noting that there is already an ongoing joint investigation into the attacks by the Senate Rules and Homeland Security committees which are expected to produce a roughly 80-page report in early June.

McConnell, McCarthy and most rank-and-file Republicans have said they fear Democrats will try to make political hay out of a commission, dragging out any findings into the crucial 2022 midterm election year, when control of both chambers is at stake.

But Democrats counter that the real reason is that Republicans are too beholden to former President Donald Trump, who was impeached for inciting the mob that ransacked the Capitol in an attempt to overturn the 2020 election and who continues to claim, falsely, that the election was stolen.

“I am sorry if an independent commission to study an attack on our democracy isn’t a Republican ad makers idea of a good time. This is too important,” Senate Majority Leader Chuck Schumer, D-N.Y., said in a floor speech Wednesday.

“We need an independent, trusted, bipartisan commission now more than ever. It is critically important to establish a trusted record of events and begin to restore faith in our democracy,” Schumer continued.

The GOP opposition comes at an awkward time, politically, for Republicans who claim they are trying to look beyond 2020, even while some in their party are promoting conspiracy theories and attempting to rewrite the history of that day, some suggesting that the rioters — who chanted “Hang (Vice President) Mike Pence” and brandished flag poles, sticks, tasers and other weapons, injuring scores of police officers — were the real victims.

The House-passed measure would establish an evenly-split 10-member outside panel to delve into the origins of the riot and what happened on that fateful day, each side sharing subpoena power with an equal number of staff for each side.

Democrats appear almost certain to fall short of the 10 Republicans needed to overcome a GOP filibuster, but they have been joined in pushing for a commission by an unexpected source.

ABC News learned that the mother of Capitol Police officer Brian Sicknick, who was attacked by rioters and died a day later after suffering two strokes, is planning to sit down with a number of Senate Republicans on Thursday ahead of the vote to press them to commit to a commission. That group includes McConnell. Politico first reported that Gladys Sicknick was seeking meetings with all Senate Republicans.

Sicknick’s long-time partner, Sandra Garza, is also scheduled to join the meetings, according to a GOP aide with knowledge of the matter.

Sen. Mitt Romney of Utah — who favors a commission — said he also planned to meet with Gladys Sicknick, as did Sen. Susan Collins of Maine, who has said she “absolutely” supports an outside panel but wants the legislation changed to require equal staffing and a commitment to put out a final report by year’s end.

A broad cross-section of Republicans are scheduled to sit down with the two women, including Sens. Ron Johnson of Wisconsin, Bill Cassidy of Louisiana and Lindsey Graham of South Carolina. Johnson voted to overturn the election and has made controversial statements about the Jan. 6 crowd being largely peaceful and that he was less afraid with the rioters that day than he would be with Black Lives Matter protesters. Cassidy voted to impeach Trump, but is on the fence about establishing a commission. And top Trump ally Graham has said he opposes a commission.

Although the Democratic attempt to create the panel appears doomed, Collins mounted a last-ditch effort to amend the legislation, allowing for joint appointment of staff by both the commission staff director and vice director, with equal budgets for each side. Schumer scoffed at the idea Tuesday, claiming it could lead to “warring staff” where nothing would get done. The Collins amendment would also set Dec. 31 as the due date for a final report, as the current legislation does, but it would only allow for a 30-day extension of the panel, as opposed to 60 days under the House-passed bill.

Collins, in arguing for the commission, said it was important to have because the efforts underway in congressional committees are solely looking at Jan. 6, not a broader, deeper look at what led to the pro-Trump assault.