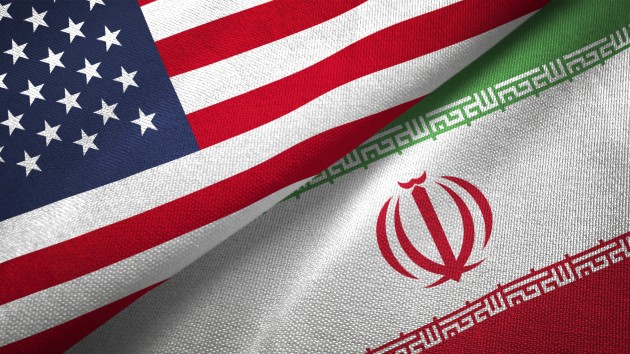 (WASHINGTON) — One hundred-forty U.S. lawmakers from both parties urged the Biden administration on Tuesday to aim for bipartisan consensus and seek a “comprehensive” deal with Iran that addresses not just its nuclear program, but a range of other national security issues, according to a letter shared first with ABC News.

In a divisive political moment, on among the most sensitive and fraught foreign policy challenges, it’s a rare example of bipartisanship — but it may be short-lived as the administration pushes for negotiations with Iran and other world powers that could involve more controversial tactics.

“Despite everything you see, there is bipartisanship going on in DC, even over something as contentious as the Iran deal,” said Rep. Mike Waltz, R-Fla., who helped spearhead the letter. “We’re thrilled to have been able to come together on a number of these points… encouraging the administration to encompass all of Iran’s malign behavior.”

Under the Obama-era nuclear deal, Iran agreed to constraints on its nuclear program and international inspections and, in exchange, received economic sanctions relief from the U.S. and other signatories — France, Germany, the United Kingdom, China, and Russia.

Former President Donald Trump withdrew the U.S. from the accord and reimposed U.S. sanctions under a “maximum pressure” campaign, with Iran following suit one year later and defying the nuclear constraints — enriching more uranium, at higher levels, using more centrifuges and more advanced ones.

President Joe Biden has said the U.S. will reenter the deal and remove those sanctions only once Iran returns to compliance and then seek a “longer and stronger” agreement that addresses Iran’s nuclear program, as well as its ballistic missiles and support for proxy forces throughout the Middle East — a proposal that Iran has rejected. While his administration has offered to hold talks with Iran and the other parties, Tehran has said it will only meet once the U.S. abides by its commitments again.

The letter, sent to Secretary of State Antony Blinken Tuesday, was signed by 70 Republican and 70 Democratic House members. It shares some common ground with Biden’s proposal — calling for an agreement or set of agreements that reinstate limits on Iran’s nuclear program, curtail its ballistic missile program, and address its “malign behavior throughout the Middle East.” That regional activity includes the American hostages it continues to detain, its support for militants in Lebanon and Yemen, and its arms for militias in Iraq, including those that have attacked U.S. forces in recent weeks.

“We’re encouraging the administration to look at how do you bring Democrats and Republicans together around an issue that should unify us, and that is addressing the risk presented by Iran,” said Rep. Anthony Brown, D-Md., who helped organize Democratic signatures.

It’s the latest dispatch from Capitol Hill to Blinken on how to address Iran’s growing stockpile of fissile material, now enriched at higher levels that put it closer within reach of a nuclear weapon. The Iranian government has said it does not seek a nuclear weapon, although it has long operated elements of its program in secret and maintained plans on how to secretly produce the bomb.

In December, 150 House Democrats urged Biden to swiftly return to the nuclear deal in order to bring Iran back into compliance as well, saying that should serve as “a starting point for further negotiations.” Some of those Democrats, including Rep. Brad Sherman, D-Calif., signed Tuesday’s letter as well.

That December effort was met with a Republican effort last month. One-hundred-and-twenty House Republicans wrote to the administration to say do not rejoin the nuclear deal, arguing that Trump built leverage with his maximum pressure campaign that Biden shouldn’t release until Iran agrees to address all the issues.

Waltz signed that letter, but told ABC News in an interview Monday there needed to be greater bipartisan consensus on how to approach Iran — something Brown echoed as well.

Still, the full scope of what would be a “balanced approach” isn’t clear, including whether the limited enrichment allowed under the original nuclear deal would be palatable to lawmakers.

What is clear is there is also little consensus on how to achieve that shared end goal — especially on whether any U.S. sanctions can be lifted as part of an effort to reinstate constraints on Iran’s program.

“I don’t know that there’s going to be agreement on the tactics there. I hope there is. But what I’m pleased about is that we have bipartisan agreement that it does need to be a broader, more comprehensive deal,” Waltz said, adding, “How do we get there? We’re trying to allow some flexibility, but at the end of the day, it needs to be a much more comprehensive deal.”

Still, it could signal that at least some lawmakers are willing to give the Biden administration room to negotiate — provided they keep Congress briefed on developments.

“If there is a demonstrable effort on the part of the administration to do that — to seek our input, our ideas, our thoughts — I think it’s more likely that they’ll get the space that they need on this,” Brown added.