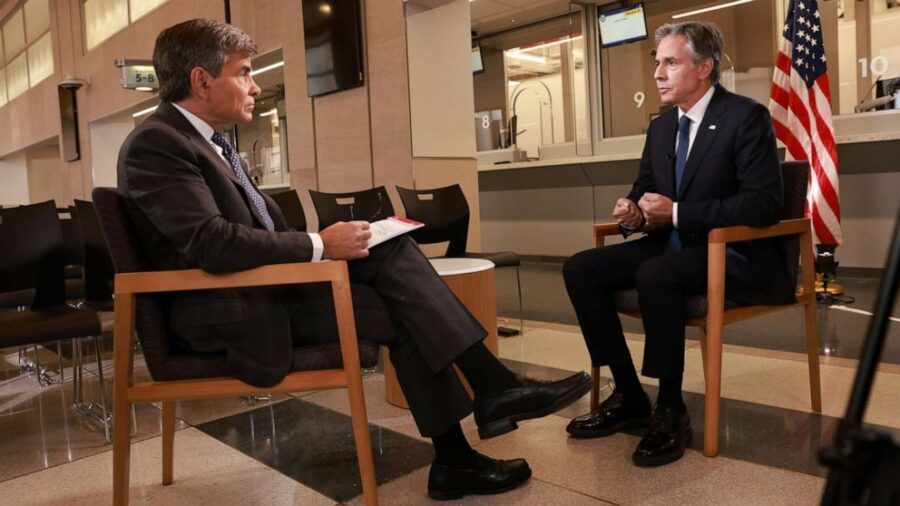 “Just in the last few weeks, he’s tried to mobilize more forces. He’s gone through with this sham annexation of Ukrainian territory,” Blinken said in a preview from the sit-down, which will air Thursday on “Good Morning America.”

“Now, in saying that he’s declaring martial law in places that he claims to have people who somehow want to be part of Russia, that speaks to his desperation,” the secretary said.

Blinken’s remarks come after Putin issued an order this week declaring martial law in four Ukrainian provinces that he seized in September, which was widely denounced by the international community.

Putin also placed all of Russia into various levels of heightened “readiness.”

When Stephanopoulos noted that second declaration and questioned Blinken if Putin is preparing for “all-out war,” Blinken said Russia’s invasion is already becoming more indiscriminate in its violence.