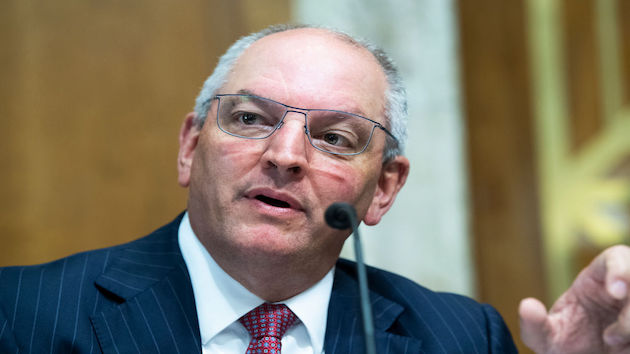 (NEW YORK) — Louisiana’s House of Representatives is debating a bill Thursday which would ban abortions and subject women to criminal prosecution for murder.

The proposed bill seeks to rewrite the state’s homicide statute to include abortion. The bill also voids any federal statutes, regulations, treaties, orders and court rulings that would allow abortion.

Louisiana Gov. John Bel Edwards, a pro-life Democrat, issued a statement calling the bill “radical” and said it goes far beyond being pro-life.

“House Bill 813 is not a pro-life bill. In addition to the fact that this legislation is patently unconstitutional, this bill would criminalize the use of certain types of contraception, as well as parts of the in vitro fertilization process, and it could even serve as a barrier to life-saving medical treatment for a woman who is suffering a miscarriage,” Edwards said in a statement.

Edwards called the idea of a woman being jailed for an abortion “simply absurd.”

“I do not normally comment on these types of bills before they’ve made it through the legislative process, but I felt I had to join my voice to the chorus of pro-life organizations against HB 813,” Edwards said.

Anti-abortion group Louisiana Right to Life also criticized the bill, saying it is not consistent with the group’s policy and “does not exempt women from criminalization and is unnecessary to protect the life of babies from abortion.”

“Our longstanding policy is that abortion-vulnerable women should not be treated as criminals. Instead, we should hold accountable the individuals performing the abortion or selling or providing the chemical abortion drugs,” Louisiana Right to Life said in a statement.

The bill’s sponsor, state Rep. Danny McCormick, did not immediately respond to a request for comment from ABC News.

Louisiana Right to Life on Thursday said it supports an amendment by Rep. Alan Seabaugh which completely replaces the bill, and seeks to “hold accountable” those who provide abortion services rather than mothers, the group said in a statement.