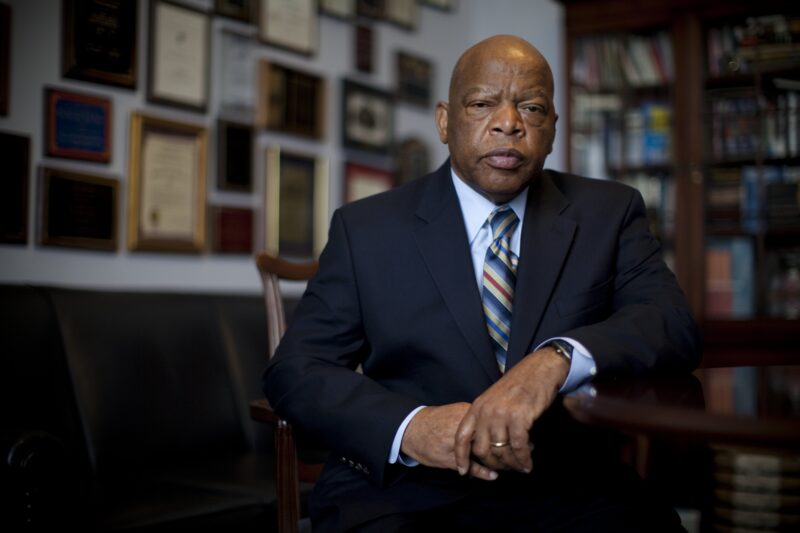 (ATLANTA) — A proposal to erect a statue of late U.S. Rep. John Lewis in the U.S. Capitol advanced in Georgia on Wednesday, with House Resolution 14 passing through committee in the state’s House of Representatives.

The resolution would involve creating a committee of eight members to decide where in Georgia to relocate the statue in the Capitol’s Statuary Hall — one of Alexander Stephens, vice president of the Confederacy — that the new Lewis statue would replace.

The statue of Stephens has been on display since 1927.

The bill is backed by Georgia Gov. Brian Kemp. Lewis “passionately opposed hatred and discrimination” and “led in the Civil Rights Movement that changed the course of history,” the resolution states. The proposal also notes that he received the Presidential Medal of Freedom “for his efforts to create a just society and his years of public service.”

Lewis, the longtime representative of Georgia’s 5th Congressional District, which includes Atlanta, died in July after a battle with pancreatic cancer. He was 80.

A six-day celebration of life followed the civil rights icon’s death, which began in his hometown of Troy, Alabama, and included lying in state at the U.S. Capitol, Alabama Capitol and Georgia Capitol.