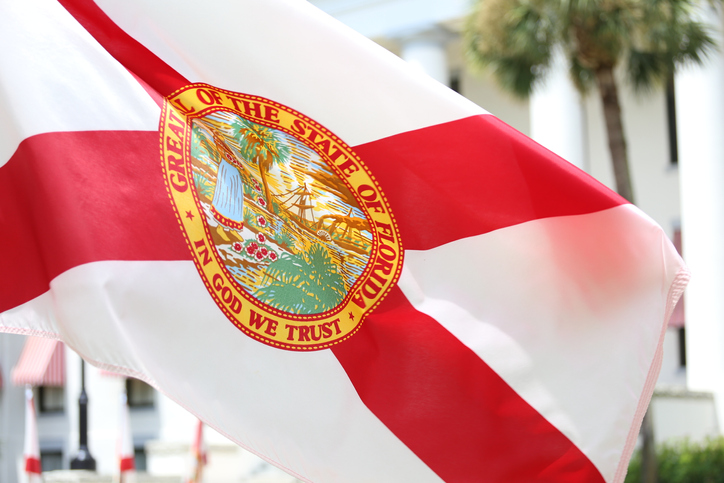 (WASHINGTON) — Registered Republicans are outpacing Democrats in the breakdown of the more than 3.5 million Florida voters who had cast ballots as of Thursday morning, according to data posted on the state Division of Elections website — an unusual pivot in early-vote trends for the traditionally purple state.

In what may be an ominous sign for Florida Democrats with less than a week until Election Day, Republicans across the state lead with 216,302 more votes than the Democrats, mostly cast in-person. Democrats have a 128,660 count edge in vote-by-mail numbers.

“Florida is not looking so good for the Democrats.There are fewer registered Democrats who have voted than registered Republicans. That’s really unusual for Florida,” said Michael McDonald, who oversees data analyzed by the University of Florida’s U.S. Elections Project.

Democrats still lead in the number of mail-in ballots requested and five days remain to return them as of Thursday, but McDonald said that trouble lies ahead for Democrats if Republicans maintain their lead into Election Day, especially as many Democrats have shifted to vote by mail in recent years.

“A lot of Democrats have mail ballots, and they may yet return them,” said McDonald.

“But at this point in time, Republicans have a lead in the early vote, and unless something fundamentally changes in Florida, if we go into Election Day and Republicans are still leading in the early votes, I would say that is all but over for [Charlie] Crist and [Val] Demings’ possibilities of winning their races.”

The number of registered Republicans voting in Miami-Dade County, the state’s most populous and a historically blue stronghold, surpassed Democrats on Wednesday — just one day after President Joe Biden visited the county to campaign for Democratic gubernatorial nominee Charlie Crist and Senate nominee Rep. Val Demings.

“It’s really important for a state the size of Florida and the consequence of Florida — it gets on the right side of history again,” Biden said on Tuesday, urging Democrats to vote.

Robert Rodriguez, a spokesperson for the Miami-Dade County Elections Department, told ABC News that it’s highly unusual for registered Republicans to vote ahead of registered Democrats in the county — this is the first time he’s seen the trend in recent years.

“Where we are in relation to Republicans today doesn’t change the work that we have to do over the next five days to get push our candidates were great candidates across the finish line,” Dempster said.

The entire county, with more than 1.5 million registered voters, is seeing low turnout this cycle, however.

“We originally expected it was going to be closer to a 50% voter turnout for this election, the way the numbers are pacing. I think it’s safe to say closer to around 40%. And that’s throwing a little bit higher,” Rodriguez said.

The swing toward higher Republican turnout in the county comes as Florida Gov. Ron DeSantis maintains a nearly ten point lead over Crist, according to FiveThrtyEight’s aggregation of polling, and Sen. Marco Rubio’s lead over Demings has shot up to a 7 point margin.

Christian Ziegler, vice chairman of the Republican Party of Florida, said that momentum around DeSantis’ leadership, along with GOP voter registration efforts has led to the uptick in Republican participation within the state.

“There’s a couple of key components right to this formula that I think is going to have success on Tuesday. Number one, you have Governor DeSantis and his policies–pro family, pro freedom,” he said.

“You have the Republican Party as a whole, our organization every single day–we’ve woken up, but we’ve been focused on voter registration since he’s been in office.”

“We’re a Republican state for the first time in history in terms of more registered Republicans and Democrats,” Ziegler said, noting his party’s efforts to court the Hispanic vote in the state, specifically in nearly 70% Hispanic Miami-Dade County.

“Hispanics are rejecting the Democrat Party, and they’re coming over to our side … we’re excited. I think it’s going to be a historic election.”

In a tweet this week, DeSantis spokeswoman Christina Pushaw celebrated the Republican headwinds, citing momentum surrounding the incumbent governor, the Florida GOP and grassroots organizing helmed by leaders like Scott Presler, a conservative firebrand with a far-reaching social media following who has staged training sessions across the country, and specifically in Florida, where he teaches Republicans how to register voters.

Presler said that over the last three years he’d taken over 25 trips to Florida, many of which have been focused on voter registration education, sometimes organized with local GOP factions.

“I have crisscrossed Florida, going to probably over 30 different counties of the 67 in the state, teaching and training people…I spent the entire month of April, and literally I did 28 events and 23 days. And I traveled the entire state of Florida going from the panhandle of Destin over to my hometown of Jacksonville, Florida in Duval County. I went down to Miami, I went to Naples, I went to Tampa Bay in Pinellas,” he said.

“And within that time period, I was able to teach and train literally thousands of conservative volunteers and we registered hundreds of voters just in that month of April alone.”

The uptick in Republican participation ahead of election day also comes as DeSantis has urged supporters to cast their ballots sooner rather than later– a departure from Donald Trump and some other Republicans’ calls to wait until Nov. 8.

DeSantis has zeroed in on election integrity following Trump’s false claims of a stolen 2020 election and has supported various measures to that end, including the creation of an election police force which made controversial fraud arrests in August.

But the governor has also repeatedly noted that Florida voters should feel confident in their own elections — and feel confident voting early or by mail, two methods that Trump has baselessly criticized as allowing fraud.