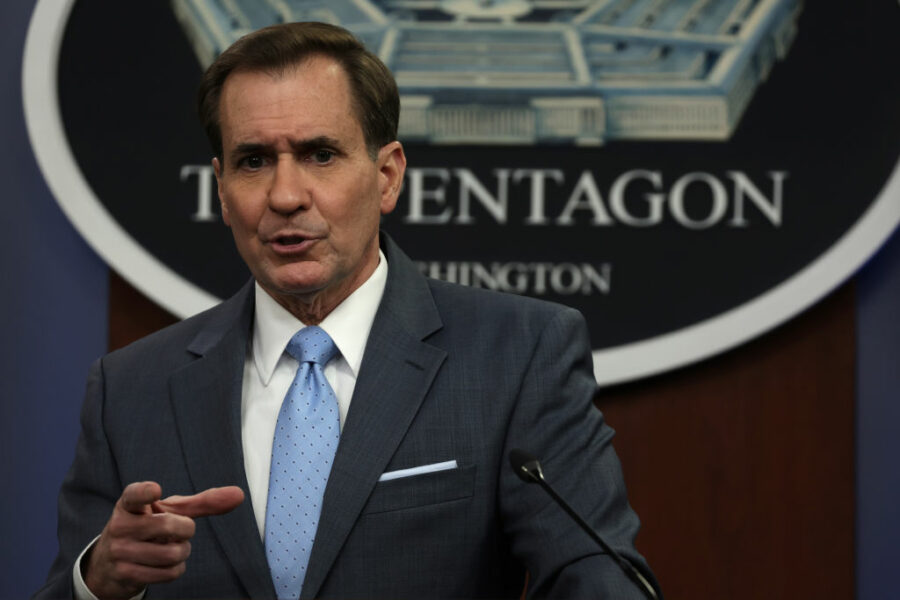 (WASHINGTON) — In a rare show of emotion at the Pentagon, press secretary John Kirby choked up discussing Russian President Vladimir Putin and alleged Russian atrocities in Ukraine during a briefing with reporters Friday.

It began when Kirby was asked whether he believes Putin is a “rational actor.”

After eight seconds of silence behind the podium, he continued.

“Sorry,” he said. “It’s difficult to look at some of the images and imagine that any well-thinking, serious, mature leader would do that. So, I can’t talk to his psychology, but I think we can all speak to his depravity.”

Later in the briefing, he apologized for the charged moment.

“I didn’t mean to get emotional, I apologize for that. I don’t want to make this about me. But I’ve been around the military a long, long time and I’ve known friends who didn’t make it back. It’s just hard,” Kirby said.

Kirby then redoubled his attack on Putin and the brutality he said has been carried out by his military — accusations the Russians deny — his demeanor visibly shifting from sorrowful to indignant.

“It’s hard to square that rhetoric by what he’s actually doing inside Ukraine to innocent people. Shot in the back of the head, hands tied behind their backs. Women, pregnant women being killed. Hospitals being bombed. I mean, it’s just unconscionable. And I don’t know … I don’t have the mental capacity to understand how you connect those two things. It’s just beyond me,” he said.

He closed with a final apology.

“I’m just a spokesman,” he said. “I’m not qualified to make an assessment one way or the other, and I do apologize for injecting my personal perspective here.”