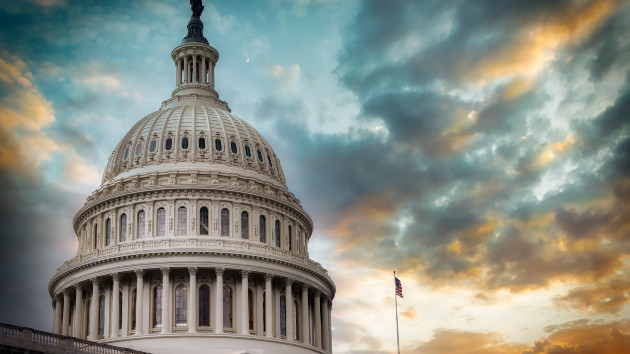 Banks and Jordan both voted to overturn the election results on Jan. 6 and Pelosi said their appointments could impact “the integrity of the investigation.”

“Monday evening, the Minority Leader recommended 5 Members to serve on the Select Committee,” Pelosi said in a statement. “I have spoken with him this morning about the objections raised about Representatives Jim Banks and Jim Jordan and the impact their appointments may have on the integrity of the investigation. I also informed him that I was prepared to appoint Representatives Rodney Davis, Kelly Armstrong and Troy Nehls, and requested that he recommend two other Members.”

. @SpeakerPelosi tells me she spoke with McCarthy about her decision to reject two of his picks to serve on the Jan. 6th commission.

I asked her why she made the decision. She told me “January 6th.” And left it at that. pic.twitter.com/hYUTu4UjGG

“With respect for the integrity of the investigation, with an insistence on the truth and with concern about statements made and actions taken by these Members, I must reject the recommendations of Representatives Banks and Jordan to the Select Committee,” she said.

McCarthy reacted to the news in a statement of his own, calling Pelosi’s decision to reject his selections “unprecedented.”

“Denying the voices of members who have served in the military and law enforcement, as well as leaders of standing committees, has made it undeniable that this panel has lost all legitimacy and credibility,” McCarthy said. He went on to accuse the Speaker of being “more interested in politics than seeking the truth.”

“Unless Speaker Pelosi reverses course and seats all five Republican nominees,” McCarthy concluded, “Republicans will not be party to their sham process and will instead pursue our own investigation of the facts.”

The House Select Committee was expected to hold its first hearing on Tuesday.

House GOP Whip Steve Scalise, R-Louisiana, on Tuesday signaled some of the lines of inquiry Republicans would try to advance — calling for an examination of “the whole array of political violence that led up to Jan. 6 and still has gone on after that” along with the security posture on Capitol Hill before the insurrection.

“There have been many questions raised about why there hasn’t been a higher National Guard presence,” Scalise said.

As to how Republicans would respond to Democrats calling for GOP members to testify under oath about Jan. 6, Scalise said he would “let members of the committee discuss that and debate that.”