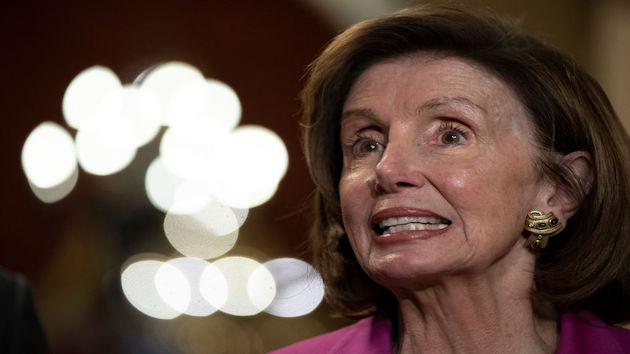 But Democratic infighting continued as Democratic moderates demanded Pelosi wait for a cost estimate on the larger bill from the nonpartisan Congressional Budget Office before going forward.

That could take weeks.

Late Friday afternoon, Pelosi announced the House would vote Friday on the already Senate-passed bipartisan infrastructure plan and then take a procedural vote on moving forward with the “Build Back Better” legislation — but not a final vote — a significant concession.

“We had hoped to be able to bring both bills to the floor today. Some members want more clarification or validation of numbers that have been put forth. It’s top line, that it is fully paid for. And we honor that request,” Pelosi said. “So today, we hope to pass the BIF and also the rule on Build Back Better with the idea that before Thanksgiving — it should take them another week or so — to get the numbers they are requesting.”

So, Democratic leaders imposed yet deadline after missing many others — to pass the “Build Back Better” legislation by the middle of the month, with Pelosi calling its hoped-for passage a “Thanksgiving gift for the American people.”

Even so, it wasn’t clear whether progressive Democrats would go along with Pelosi’s plan to vote Friday on the bipartisan infrastructure bill.

For months, they have threatened to vote against and defeat it — unless at the same time they got a vote on final passage of the larger social spending package.

Pelosi had addressed some of their concerns by adding back in four weeks of paid family and medical leave over the objections of West Virginia Democrat Joe Manchin, whose vote is key to getting the measure passed in the Senate.

The roadblocks thrown up by House Democrats continued despite Biden urging then to act — with the party facing new pressure to deliver after disappointing election results on Tuesday.

“I’m asking every House Member, Member of the House of Representatives to vote yes on both these bills right now. Send the infrastructure bill to my desk. Send the Build Back Better bill to the Senate,” Biden send in his morning message to lawmakers. “Let’s, let’s build on incredible economic progress. Build on what we’ve already done, because this will be such a boost when it occurs. Let’s show the world that American democracy can deliver and propel our economy forward. Let’s get this done.”

He did not answer reporter questions, but promised to come back to answer them when the bills pass.

But hours after he spoke, when or if that would happen remained in doubt.