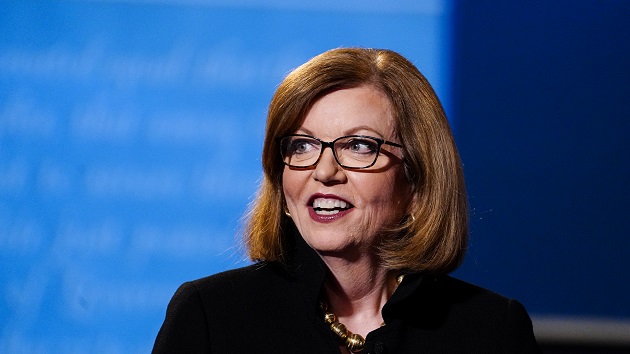 (WASHINGTON) — Journalist Susan Page, author of a new biography about House Speaker Nancy Pelosi, said the speaker is a “master of the inside game of politics” in a Wednesday interview with ABC’s “Powerhouse Politics” podcast.

Page borrowed a phrase from journalist John Bresnahan, formerly of Politico and now at Punchbowl, in describing Pelosi as “an iron fist in a Gucci glove.”

The book, “Madam Speaker: Nancy Pelosi and the Lessons of Power,” was released Tuesday. Page, who is also the Washington Bureau chief of USA Today, conducted 150 exclusive interviews for it, including 10 with Pelosi herself.

“She’s not so great about the public stuff. She’s not great at giving a speech, she can stumble when she speaks extemporaneously — she is a master of the inside game of politics and of being a legislative leader,” Page said, noting that Pelosi stood up for California Democratic Rep. Maxine Waters when Republicans tried to censure her this week.

“She also can bring down the hammer in a way that holds her caucus in line,” Page added. “And of course, never has she needed that skill more than today when she can only lose two Democratic votes and get something through the House on a party line; that’s the narrowest margin that either party has had in modern times.”

In the book, Page reveals that Pelosi originally planned to step down after the 2016 election but changed her mind after former President Donald Trump was elected. On “Powerhouse Politics,” she brought up another time Pelosi was thinking about stepping down — after the 2010 election when Republicans retook the House.

“Aides to Pelosi told me, and in fact, she told me herself, that she was quite distressed about what happened because, you know, once you’re the leader you take some responsibility for what happens to everybody in your caucus including when you lose power,” Page said. “And she went back to San Francisco and she was seriously contemplating stepping down. “

Behind the scenes, Page said, some of Pelosi’s allies began a campaign to “buck her up” and keep her in leadership.

“One of them was Richard Trumka, the head of the AFL-CIO, who told me that he heard about this. He was distressed, he thought it would be bad for the party if she stepped down, called her, encouraged her not to step down,” she said. “[Pelosi] told me that she spoke to almost every member– almost every Democrat in Congress at that point, came back, stayed in the leadership.”

Page said she thinks Pelosi has made it pretty clear this is her last term. She also briefly touched on Pelosi’s relationship with Trump during his presidency, saying “she had so little respect for him, that he had, I think, more respect for her than she had for him.”