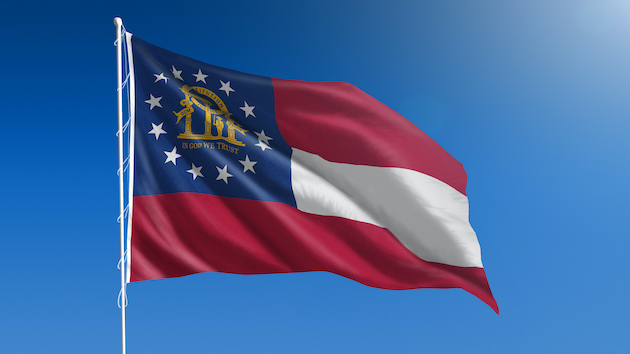 (ATLANTA) — Overcoming universal Democratic opposition, Republicans in the Georgia Senate on Monday narrowly passed a sweeping elections omnibus bill that would eliminate no-excuse absentee voting, which was enacted by Republicans in 2005, just months after a record number of Georgians opted to cast ballots this way in the 2020 presidential election.

Four Republicans did not vote on the bill, which was approved 29-20.

The legislation, SB 241, would also change the absentee ballot verification process. Instead of using the subjective signature match process, voters would be required to include their driver’s license or state ID card number when applying for and returning an absentee ballot. Voters without these forms of identification would have to submit a photocopy of another form of accepted ID, as well as provide the last four digits of their Social Security number and their date of birth.

Several Democrats spoke in opposition to the bill and urged lawmakers to vote against it.

“SB 241 creates unnecessary barriers and burdens on voters. It disproportionately impacts racial minorities, the elderly, those that live in rural Georgia, disabled and students,” said Democratic state Sen. Jen Jordan. “The motivations are really suspect because it’s introduced immediately after voters of color dramatically increase their use of absentee voting this past year.”

Multiple Black Democratic lawmakers said they took personal offense to the piece of legislation, hearkening back to the Jim Crow-era and Black Americans’ fight not just to earn the right to vote, but to eliminate barriers put in place to curtail it.

“This is not about the process. This is about suppressing the vote of the same group of people, especially me and people who look like me, and I take it personally. I am here in this chamber because of the Voting Rights Act,” state Sen. Gail Davenport said. “Some good-hearted legislators want to please a former selfish, racist leader and his followers. Well, I tell you today, don’t do it.”

The omnibus bill was one of dozens of pieces of legislation on the agenda for the state Senate to consider Monday, which is “Crossover Day” for the Georgia General Assembly. Bills that fail to advance through one chamber by this day are unlikely to become law this legislative session. About one third of the bills on the Senate’s agenda for “Crossover Day” addressed election law.

Republican Lt. Gov. Geoff Duncan, the president of the Senate, did not preside over the body as SB 241 was debated because he doesn’t support the bill.

“Lt. Governor Duncan has been crystal clear that he does not support the rollback of no-excuse absentee voting in Georgia, which currently is included in SB 241. He staunchly opposes that provision,” Macy McFall, Duncan’s deputy chief of staff and communications director, told ABC News.

According to the nonpartisan Brennan Center for Justice, as of Feb. 19, more than 250 bills with provisions that restrict voting access have been introduced in 43 states. The organization described these bills as “grounded in a rash of baseless and racist allegations of voter fraud and election irregularities.”

Without evidence, former President Donald Trump claimed for months leading up to and following the general election that the presidential contest was “rigged,” specifically targeting mail-in voting, falsely claiming it led to widespread fraud.

Georgia Democrats labeled Republican-sponsored legislation limiting voting as “voter suppression bills,” claiming they offer solutions for problems that don’t exist and will be challenged, and potentially invalidated, in court.

“This bill amounts to walking into your house, seeing a sink full of dirty dishes, loads of laundry to be done, a lawn to be mowed, a refrigerator that’s empty, and then deciding that instead of getting to any of that, you’re gonna go to the hardware store and start building a deck — a deck you don’t need,” said state Sen. Sonya Halpern. “The house is on fire, and you all are building a deck.”

“The two and a half million voters who voted in November who are Republican, who maybe have concerns … they have a right to have their voice heard in this capitol,” said Republican Sen. Jason Anavitarte, speaking in support of SB 241. “I’m sure, you know, I’ll get more more tweets from LeBron James and other folks about how I’m suppressing votes, but at the end of the day, every vote should count in this state, and I pray over every single one of us as we move forward through this process … that we find a way to make sure all Georgians trust the process.”

Responding to Democrats’ assertion that the bills are unnecessary, Senate Majority Leader Mike Dugan, a Republican, went section-by-section explaining the reason each provision of SB 241 is necessary, and at one point, falsely claimed that the bill he co-sponsored “is not preventing anyone from voting by mail-in absentee,” despite section six of the bill outlining the seven specific reasons a voter can be eligible to request a mail ballot.

When closing the debate, Dugan conceded there wasn’t widespread fraud, but said, “To say that no adjustments need to be made to address some of the issues that we see coming forward in the state is inaccurate. You don’t wait until you have wholesale issues before you try to meet the need. You do it beforehand.”

Republican lawmakers’ focus on election law follows bruising defeats for the state party in the 2020 election cycle, which the Republican secretary of state has repeatedly defended as secure, accurate and devoid of mass fraud.

“A defeated president to try to take his country down with him by spreading lies about voter fraud … these lies are now stated as excuses for bills we are voting on today, bills that take voting options away and make it harder to vote,” state Sen. Sally Harrell, a Democrat, said Monday, before the bills were taken up.

She added, “But lies can backfire … these people, when they get mad — they get organized.”