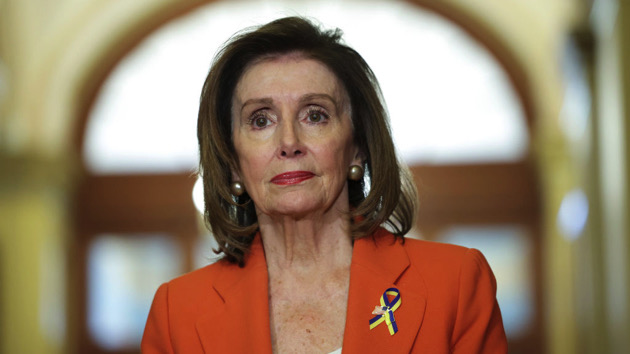 (WASHINGTON) — House Speaker Nancy Pelosi is slamming the Federal Aviation Administration for a plane scare that triggered a frantic evacuation of the U.S. Capitol Wednesday night.

She blamed the FAA for not notifying U.S. Capitol Police that a U.S. Army plane would be flying in restricted airspace near the Capitol — carrying parachute jumpers taking part in a demonstration at nearby Nationals Park.

“The Federal Aviation Administration’s apparent failure to notify Capitol Police of the pre-planned flyover Nationals Stadium is outrageous and inexcusable,” Pelosi said in a statement released by her office. “The unnecessary panic caused by this apparent negligence was particularly harmful for Members, staff and institutional workers still grappling with the trauma of the attack on their workplace on January 6th.”

On Jan. 6, the Capitol was breached by supporters of then President Donald Trump and poor information sharing was seen by at least one congressional committee as an intelligence failure by law enforcement.

The Capitol Police and other federal law enforcement entities have vowed to be better about information sharing and since that day every incident on Capitol Hill has been met with a large police presence and show of force.

Shortly after 6:30 p.m. Wednesday, Capitol Police sent an alert about an aircraft intrusion, calling for an urgent evacuation of the U.S. Capitol.

A short time later, U.S. Capitol Police sent another notice that the aircraft no longer posed a threat.

“As soon as it was determined that we were not given advanced notice of an approved flight, our officers followed USCP policies and procedures and immediately led everyone safely out of the Congressional building,” Capitol Police said in a statement on Thursday. “It is extremely unusual not to be made aware of a flight in advance.”

The agency noted the last time they had an evacuation due to an aircraft was in 2014, adding the decision to evacuate the Capitol is one they don’t take lightly.

Capitol Police confirmed that the plane was a military flight by the Golden Knights Parachute Team for Military Appreciation night at Nationals Park.

Army parachutists landed on the field just before first pitch between the Arizona Diamondbacks and Washington Nationals.

The Army’s Recruiting Command says its initial review of Wednesday night’s incident has found that the Golden Knights parachute team filed all the appropriate FAA documentation and received proper FAA approval for their flight plan last night over Nationals Park.

“The team also confirmed the pilots established and maintained communication with the FAA prior to and throughout the operation,” says an Army spokesperson in a statement on Thursday.

The FAA has not responded to ABC News request for comment.