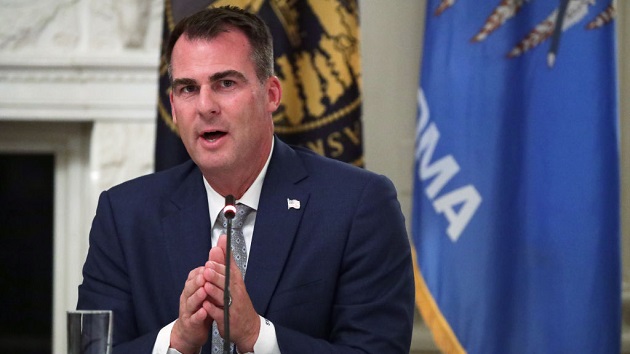 (OKLAHOMA CITY, Okla.) — Oklahoma passed a bill Tuesday that would make performing an abortion a felony, punishable by up to several years in prison.

The bill was passed in the state House 70-14 without a single Democratic vote after passing the Senate last year. Just one Republican state representative voted against the bill.

It is now heading to the desk of Gov. Kevin Stitt, a Republican, who is expected to sign it into law.

Under the bill, any medical provider who performs an abortion would face a fine of $100,000 and up to 10 years in prison. The only exceptions for performing an abortion would be if the mother’s life is in danger.

State Rep. Jim Olsen, who sponsored the bill, did not return ABC News’ request for comment.

However, he did stress to the Associated Press that penalties would only be imposed on medical professionals who perform abortions, not on women who receive them.

Passage of the bill occurred the same day a “Bans Off Oklahoma” rally was held at the state Capitol in support of abortion rights.

“These legislators have continued their relentless attacks on our freedoms,” Emily Wales, interim president and CEO of Planned Parenthood Great Plains Votes — which organized the rally — told the Associated Press. “These restrictions are not about improving the safety of the work that we do. They are about shaming and stigmatizing people who need and deserve abortion access.”

In the past few years, anti-abortion bills have passed in Oklahoma Legislature, only to be overturned by the courts who deem them unconstitutional.

It’s unclear whether this bill will face the same challenges, but it comes on the heels of several Republican-led states passing legislation ahead of a Supreme Court decision in June that will decide the future of Roe v. Wade.

The court will review a 15-week ban in Mississippi and decide whether or not it is constitutional.

In preparation for Roe to be overturned, or gutted, Arizona and Kentucky moved forward on 15-week abortion bans last week.

The Arizona legislation, which was signed by Gov. Doug Ducey, only includes exemptions for medical emergencies when continuing with the pregnancy would “create serious risk of substantial and irreversible impairment of a major bodily function” for the mother.

Meanwhile, in Kentucky, the ban passed along with other anti-abortion measures including making it illegal to send drugs for medical abortions through the mail and requiring the names of physicians who provide medication abortions to be published online.

Since the law in Texas went into effect in September 2021, thousands of women have flocked to Oklahoma to receive the procedure.

A recent study from the Texas Policy Evaluation Project at the University of Texas Austin found that of the 1,500 women that traveled out of state every month to receive abortion since September, 45% visited Oklahoma.