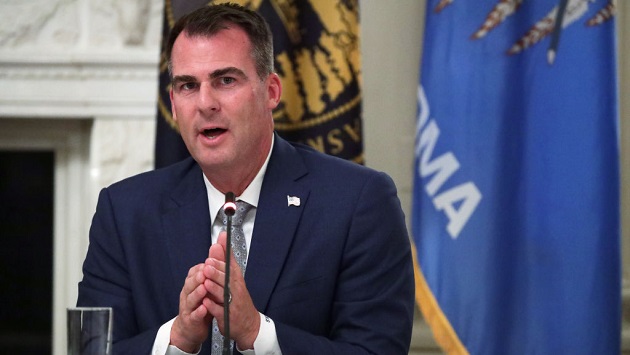 It’s the first ban of its kind in the U.S., according to LGBTQ legal advocacy group Lambda Legal. Several states have done the exact opposite in recent years, allowing citizens to use nonbinary gender markers on state documents.

The bill follows a 2021 civil case against the Oklahoma State Department of Health. The agency was sued after it refused to allow a nonbinary option on a birth certificate. The department settled the lawsuit and allowed the use of the nonbinary option.

Despite the settlement, Stitt issued an executive order that would prohibit people from changing their gender on birth certificates. A federal lawsuit against the state from Lambda Legal is ongoing and seeks to allow transgender people to correct the gender marker on their Oklahoma birth certificates.

This ban on gender markers is the latest bill targeting the LGBTQ community that Stitt has signed into law.

Across the country, similar Republican-led efforts have succeeded.

Tennessee signed a trans sports ban into law on Monday and the Kansas Senate voted on Tuesday to override Democratic Gov. Laura Kelly’s veto of a similar transgender athlete ban.

Other governors, including Republican governors in Utah and Indiana, have vetoed such bills to protect LGBTQ youth from the social and emotional harms they say these bans can have on individuals.

“We should be increasing access to the things that can help protect this group of young people that already face increased risk for suicide. But a small group of anti-LGBTQ politicians is instead fighting to decrease it,” said Sam Ames, the director of advocacy and government affairs at The Trevor Project.