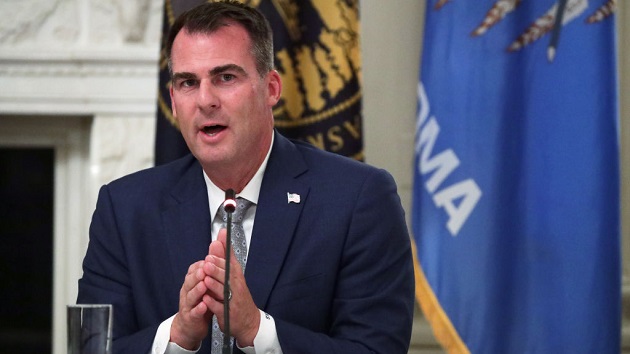 Arizona Gov. Doug Ducey signed a bill that will ban trans girls from playing sports aligning with their gender identity in all public schools and any private schools that compete against them. Ducey also signed a bill that would ban gender-affirming care for trans youth.

There has been “no direct or consistent research” that shows that trans people have an advantage over cisgender peers in athletics, according to a Sports Medicine journal review of several research studies on potential advantages.

Supporters of the bill disagree.

“This legislation simply ensures that the girls and young women who have dedicated themselves to their sport do not miss out on hard earned opportunities, including their titles, standings and scholarships due to unfair competition,” Ducey said in a statement on the bill.

ACLU of Oklahoma Executive Director Tamya Cox-Touré slammed the bill, saying that the state was harming a small and vulnerable population “while overlooking the real issues with gender equality in sports when it comes to funding, resources, pay equity, and more.”

“Promoting baseless fears about trans athletes does nothing to address those real problems,” Cox-Touré continued in a statement. “Ultimately, SB2 violates the United States Constitution and federal civil rights law, puts Oklahoma at risk of losing federal funding, and harms transgender youth, all to solve a problem that does not exist.”

The Centers for Disease Control and Prevention found that trans youth often report feeling isolated and excluded in academic environments. That discrimination puts them at increased risk for poor mental health, suicide, substance abuse, violence and other health risks.

Welcoming school environments that prohibit bullying and harassment in schools have been linked to positive outcomes for these students, according to research in The American Journal of Public Health.

“This legislation offers a solution to a problem that simply does not exist in Oklahoma, but the harm it will cause transgender and nonbinary youth is very real,” said Casey Pick, a senior fellow at the LGBTQ suicide awareness organization The Trevor Project.

The Oklahoma law, called the “Save Women’s Sports Act,” will go into effect immediately.

Oklahoma and Arizona joined several other states in banning trans students from participating in sports that align with their gender identity. Among those instituting bans are Alabama, Arkansas, Florida, Iowa, Mississippi, Montana, South Dakota, Tennessee, Texas, Utah and West Virginia.

Just days before Stitt signed the bill, Republican Utah Gov. Spencer Cox vetoed a similar bill and sent an impassioned letter against it to state legislators. The Republican-controlled legislature later voted to override his veto.

He stated that only four trans students are playing sports in Utah, with only one athlete in girls’ sports, and they are not unfairly dominating.

Cox said the high rates of mental health challenges transgender youth face due to discrimination influenced his decision to veto.

“Four kids who are just trying to find some friends and feel like they are a part of something. Four kids trying to get through each day,” Cox said.

He added, “Rarely has so much fear and anger been directed at so few. I don’t understand what they are going through or why they feel the way they do. But I want them to live.”

Indiana Gov. Eric Holcomb, a Republican, also vetoed a transgender sports bill and is now facing attempts from the legislature to override his decision.