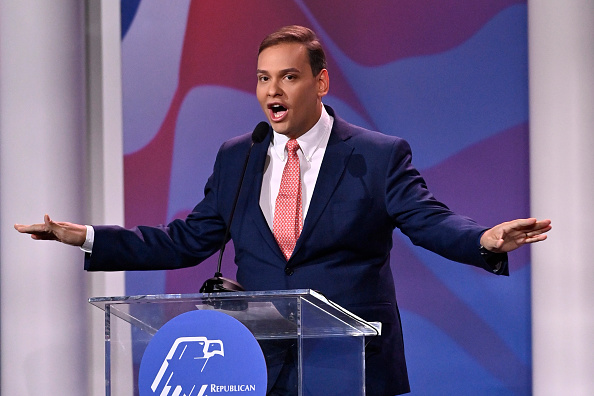 (NEW YORK) — New York Rep.-elect George Santos did, as promised, share some of his story on Monday in an interview with The New York Post, admitting that he lied about portions of his background while running for Congress.

Still, he vowed to take his seat in the House next week and do work on behalf of his district.

“I am not a criminal,” he said in the interview. “This [controversy] will not deter me from having good legislative success. I will be effective. I will be good.”

Santos, who initially pushed back on the “defamatory” scrutiny of his background, sought to play down fabricating his biography, saying he was “embellishing.”

He defended his actions in a separate interview with WABC radio that was also published on Monday.

“I’m not gonna make excuses for this, but a lot of people overstate on their resumes,” Santos said. “I’m not saying I’m not guilty of that.”

As The New York Times first reported earlier this month, some of Santos’ claims about his education, career and charity were disputed by public records and the schools and companies he said were involved.

In the Post interview, Santos admitted that he never graduated from college, despite publicly saying that he earned a degree from Baruch College.

The National Republican Congressional Committee website, which had a biography on Santos, also stated that he worked for companies such as Citigroup and Goldman Sachs. But Goldman Sachs and Citigroup spokespeople told ABC News that they have no record of Santos ever being employed.

Santos now insists he did business with the two large financial institutions as vice president of a company called Link Bridge. Santos told the Post that he stated his work experience “poorly.”

Santos was also accused of lying about his family history, having previously said that his mother was Jewish and her parents escaped persecution during World War II and resettled in Brazil. But The Forward, a Jewish news outlet, reviewed genealogical information and found that Santos’ maternal grandparents were born in Brazil.

During the Post interview, Santos said he’s “clearly Catholic” but maintained that his grandmother told stories about being Jewish and later converting to Catholicism.

“I am Catholic. Because I learned my maternal family had a Jewish background, I said I was ‘Jew-ish,"” Santos said.

Santos is the first openly gay non-incumbent Republican elected to the House. He said in a USA Today interview in October that he’s “never had an issue with [his] sexual identity in the past decade.” But reporting this month also found court records indicating that he had been married to a woman and they divorced in 2019, before a previous run for Congress.

Santos told the Post that he was married to the woman for about five years, from 2012 until his divorce in 2017.

“I dated women in the past. I married a woman. It’s personal stuff,” he said.

“I’m very much gay,” he said. “I’m OK with my sexuality. People change. I’m one of those people who change.”

Some discrepancies in Santos’ background were not addressed, such as a claim that he ran an animal charity.

According to an archived version of his campaign website, Santos previously said he ran a 501(c)(3) nonprofit called Friends of Pets United. But a search on the IRS’ website did not find a listing for a charity under that name.

Other lawmakers weigh in

Democrats have seized on the controversy, calling for Santos to resign.

“GOP Congressman-elect George Santos, who has now admitted his whopping lies, should resign,” California Rep. Ted Lieu tweeted on Monday, pushing House Minority Leader Kevin McCarthy to call a vote to expel Santos if he does not step down.

Rep. Joaquin Castro, D-Texas, also tweeted that Congress should expel Santos, which would require a two-thirds vote, and that his actions should be investigated by authorities.

“It’s an open question to me as to whether this is the type of individual that the incoming majority should welcome to Congress. That’s a question from Kevin McCarthy at this point in time,” New York Rep. Hakeem Jeffries, the incoming House minority leader, told reporters last week.

The matter had not advanced to an investigation but was rather characterized as a review of the claims raised in news reports and by Santos’ political opponents, ABC News reported. The attorney general has a particular interest in charities and charitable giving and about political fundraising.

Santos’ attorney, Joseph Murray, initially declined to comment on the attorney general’s involvement, saying he hadn’t heard from her office. After the Post interview was published this week, Murray referred ABC News to Santos’ press team, who did not immediately respond to further questions.

Nassau County Republican Committee Chairman Joseph G. Cairo Jr. said in a statement to ABC News on Tuesday that Santos “has a lot of work to do to regain the trust of voters and everyone who he represents in Congress.”

“I am deeply disappointed in Mr. Santos, and I expected more than just a blanket apology,” Cario said.

He said that Santos’ contrition could be earned through a conservative legislative record.

“He must do the public’s will in Washington. Residents want him to deliver tax relief and pass laws that will make our neighborhoods and our nation safer,” Cario said. “What’s more, George Santos will have to continually prove that he has learned his lesson.”

“House Republicans like me are eager to be sworn in and focus on our commitment to America and our respective districts. Yet over the last few weeks, I have heard from countless Long Islanders how deeply troubled they are by the headlines surrounding George Santos,” LaLota said.

“As a Navy man who campaigned on restoring accountability and integrity to our government, I believe a full investigation by the House Ethics Committee and, if necessary, law enforcement, is required,” he said.

Another incoming Republican New York representative, Anthony D’Esposito, also released a statement condemning Santos’ actions but did not echo a call for an ethics investigation.

Georgia Republican Rep. Marjorie Taylor Greene tweeted in defense of Santos on Tuesday, arguing that the “left” was being disingenuous.

“The left doesn’t care about lying. … I’m glad George is being honest with his district now and look forward to seeing how George legislates & votes,” she tweeted.

ABC News has reached out to Republican House leaders Kevin McCarthy, Elise Stefanik and Steve Scalise for comment multiple times and they have not responded.