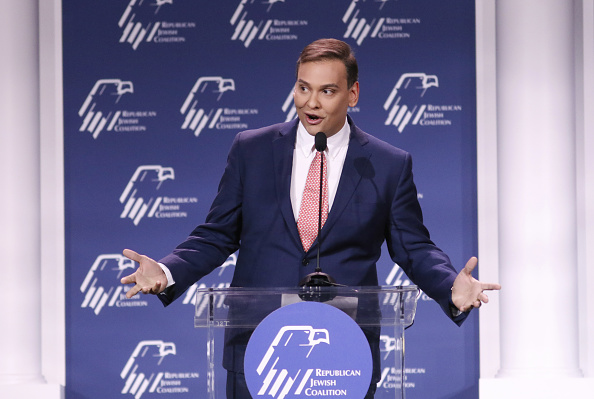 (WASHINGTON) — New York Rep.-elect George Santos on Thursday said he plans to address a mounting controversy over discrepancies in his biography, including where he claims to have worked and gone to school.

“I have my story to tell and it will be told next week,” Santos tweeted, addressing the people of his district.

“I want to assure everyone that I will address your questions and that I remain committed to deliver the results I campaigned on; Public safety, Inflation, Education & more,” he continued.

Also on Thursday, New York Attorney General Letitia James’ office said she was now looking into a number of issues raised about Santos.

The matter has not advanced to an investigation but is rather characterized as a review of the claims raised in news reports and by Santos’ political opponents. The attorney general has a particular interest in charities and charitable giving and about political fundraising.

“I have not been contacted by anyone from the NYS Attorney General’s Office. Accordingly, I have nothing else to say,” Joseph Murray, an attorney for Santos, said in a statement to ABC News.

Santos, a Republican and self-described financier, was elected in November to represent New York’s 3rd Congressional District, flipping the seat from blue to red and helping his party secure a narrow majority in the House next year.

Earlier this week, however, he sought to defend himself after a New York Times report detailed multiple contradictions in his background.

As the Times first reported, parts of Santos’ biography about his education, career and charity are being disputed by public records and the schools and companies he claims were involved.

Representatives for New York University and Baruch College confirmed to ABC News that they have no record of Santos attending their institutions.

However, the National Republican Congressional Committee (NRCC) website states he received degrees from NYU and Baruch. His campaign website also said he graduated from Baruch.

The same biography on the NRCC site claimed that Santos worked for companies such as Citigroup and Goldman Sachs. But spokespeople for Goldman Sachs and Citigroup told ABC News that they have no record of Santos ever being employed.

According to an archived version of his campaign website, Santos previously said he ran a 501(c)(3) charity called Friends of Pets United, but a search on the IRS’ website did not find a listing for a charity under that name.

ABC News also reviewed Santos’ financial disclosure forms filed in the House, where he reported having a $750,000 income through the Devolder Organization — which his website previously called his “family firm,” where he oversaw $80 million in client assets as the managing principal.

However, following a search, ABC News could not find a website or LinkedIn page for the organization. Additionally, Santos did not identify any clients of the firm on his financial disclosure forms.

Also on Thursday, The Daily Beast reported another wrinkle in Santos’ life story: Court records — which were subsequently reviewed by ABC News — indicate he and his wife had divorce proceedings in 2019.

More recently, Santos described being an out gay man for years.

“I am openly gay, have never had an issue with my sexual identity in the past decade, and I can tell you and assure you, I will always be an advocate for LGBTQ folks,” he told USA Today days before his election win.

Santos’ race against Democrat Robert Zimmerman marked the first time two openly gay men ran against each other for Congress.

In a statement earlier this week, Murray, Santos’ lawyer, claimed the Times was participating in a “smear” campaign against Santos by publishing its investigation, which Murray called a “shotgun blast of attacks.”

“George Santos represents the kind of progress that the Left is so threatened by – a gay, Latino, immigrant and Republican who won a Biden district in overwhelming fashion by showing everyday voters that there is a better option than the broken promises and failed policies of the Democratic Party,” Murray said.

Santos’ attorney did not respond to questions from ABC News on Thursday about Santos’ past marriage.

ABC this week reached out to House GOP leadership, including Reps. Kevin McCarthy, Steve Scalise and Elise Stefanik, and did not receive comment.

Top Democrats, meanwhile, have seized on the issue.

“It’s an open question to me as to whether this is the type of individual that the incoming majority should welcome to Congress. That’s a question from Kevin McCarthy at this point in time,” New York Rep. Hakeem Jeffries, the incoming House minority leader, told reporters on Wednesday.

“He’s hiding from legitimate questions that his constituents are asking,” Jeffries said of Santos.

While the House has tried before to block an elected representative from taking his seat, the Supreme Court ruled in 1969 that the Constitution spells out only one mechanism to remove members: expulsion that requires a two-thirds majority vote.