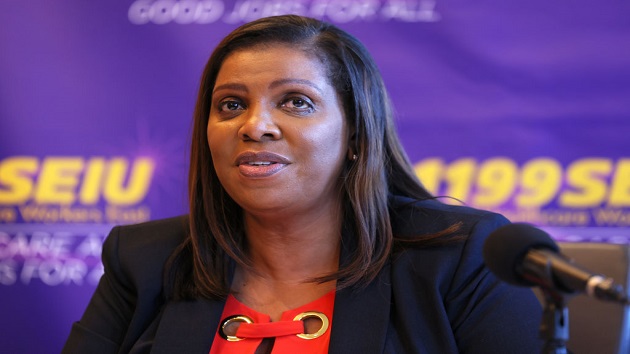 The motion to compel followed two subpoenas, one issued this past February and another in September of last year, that sought documents and records associated with several Trump properties: 40 Wall Street, a skyscraper in Manhattan; Seven Springs, an estate in Westchester, New York; and Trump National Golf Club in Los Angeles.

Cushman & Wakefield handled the appraisals of those properties, which have come under civil investigation by the attorney general’s office over possible manipulation as the Trump Organization sought tax breaks and favorable lending terms.

Trump and The Trump Organization have denied any wrongdoing. ABC News has reached out to both for comment on the attorney general’s new request.

Cushman & Wakefield, which has not been accused of any wrongdoing, complied with a subpoena issued early in the investigation, but said the two more recent ones were overly broad and amounted to harassment of the company.

ABC News has reached out for comment from Cushman & Wakefield.

The commercial brokerage, which also handled office leasing at several Trump properties, cut ties with Trump after the Jan. 6 riot at the U.S. Capitol, saying in a statement at the time, “Cushman & Wakefield has made the decision to no longer do business with The Trump Organization.”

The Trump Organization purchased Seven Springs, the 212-acre property in Mount Kisco, New York, in 1995, hoping to develop a golf course and, when that was rejected, luxury homes.

Two separate professional appraisers valued the lots that were supposedly going to be developed at fractions of the prices used in the Trump Statement of Financial Condition, the attorney general’s office said.

The attorney general’s office has also raised questions about the true value of the Trump leasehold interest in 40 Wall Street. Outside appraisals conducted by Cushman & Wakefield in 2010-2012 for Capital One, which held a $160 million mortgage on the building, valued the Trump Organization’s interest in the property between $200 million and $220 million.