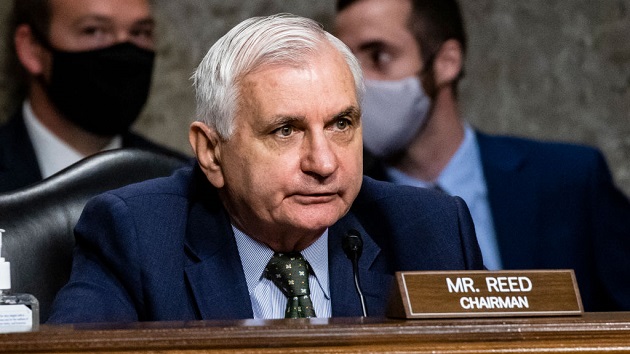 (WASHINGTON) — A U.S. Senate committee has approved legislation that would, if enacted, require young women to register for Selective Service alongside men, and in the rare event of a war or other national emergency, be drafted for the first time in the nation’s history.

During the Vietnam War — between 1964 and 1973 — nearly 2 million men were drafted in the U.S., according to the Vietnam Veterans Memorial Fund. Just afterward, in 1973, facing a tide of opposition to the controversial draft, President Richard Nixon officially ended military conscription, and the U.S. established an all-volunteer force.

But not everyone is on board.

Committee member Josh Hawley, R-Mo., announced his opposition to the measure, tweeting Friday, “American women have heroically served in and alongside our fighting forces since our nation’s founding – It’s one thing to allow American women to choose this service, but it’s quite another to force it upon our daughters, sisters, and wives. Missourians feel strongly that compelling women to fight our wars is wrong and so do I.”

Women have been serving at all levels of the military since 2013 when the Pentagon opened up front-line, ground combat positions to them, and supporters of the Reed legislation say it’s high time that women sign up, particularly since the service has changed dramatically since the Vietnam era.

“This isn’t our grandfather’s military,” a Senate aide close to the matter told ABC News in an interview, noting that should a draft be instituted, the greater need nowadays would be for more educated conscripts in the specialty branches, like those with an expertise in cyber, technology and STEM, as well as doctors and lawyers.

“So, while a draft is highly unlikely in many of our lifetimes, none of that raises the same arguments about physicality — all of the things that were used to argue for a male-only draft,” the aide said. “It’s a different world.”

When asked if President Joe Biden supports the change, a White House aide pointed to a September 2020 Military Officers Association of America candidate forum in which then-candidate Biden said, “The United States does not need a larger military, and we don’t need a draft at this time…I would, however, ensure that women are also eligible to register for the Selective Service System so that men and women are treated equally in the event of future conflicts.”

In a Supreme Court case earlier this year, the ACLU challenged the constitutionality of an all-male draft legislation, but the acting solicitor general pointed to likely action from Congress in arguing that the high court hold off making a judgement, which it eventually acceded to.

The Reed legislation is part of a massive defense policy measure known as the National Defense Authorization Act, a highly popular piece of legislation giving raises to U.S. troops, funding many new military systems, weapons upgrades and more. It is considered must-pass legislation, and it is expected that the new selective service requirement for women will remain in place, according to the aide.

The Senate nearly passed the legislation back in 2017, but instead a national commission was created to study the issue, along with a wider mandate to look at national public service in general.

That National Commission on Military, National, & Public Service last year came out in favor of the Reed position, and the senator took his current legislation directly from the commission findings.

“In reviewing the question of whether Selective Service registration should include women, the Commission seriously considered a wide range of deeply felt moral, legal, and practical arguments and explored the available empirical evidence,” the panel’s report read.

“The Commission concluded that the time is right to extend Selective Service System registration to include men and women, between the ages of 18 and 26. This is a necessary and fair step, making it possible to draw on the talent of a unified Nation in a time of national emergency,” the report concluded.

Taken together, the Senate aide said, the sentiment was, “If we’re going to have a draft – a selective service system – then women have to be involved.”

“The recognition is that we’re probably not going to have a military draft, but if we do, then we recognize that you can’t fight with one hand tied behind your back,” the aide added.

Plus, the aide noted, back in 2016 when the initial idea was being seriously considered, all four service chiefs testified in favor of adding women.

Congress for years has shot down the idea of mandatory registration for women, but times are changing. The NDAA — with the requirement in it — passed the Senate Armed Services Committee 23-2 this week.

If the legislation survives, the measure would go into effect one year after enactment of the new law.