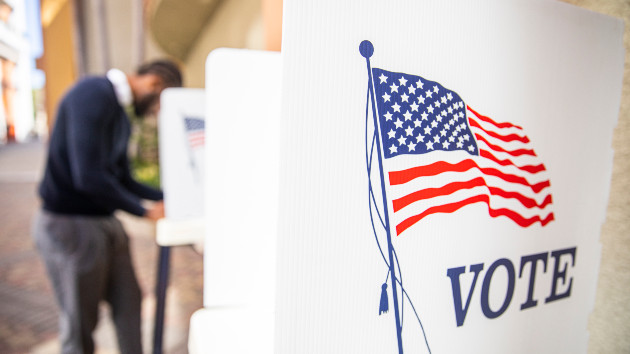 After former President Donald Trump’s endorsed candidates won in the Ohio and Indiana primaries, the Nebraska GOP gubernatorial primary will once again test the power of Trump’s endorsement — this time in a race in which established GOP state leaders have backed another candidate.

Former President Donald Trump has put stock in the Nebraska gubernatorial GOP primary by backing wealthy businessman Charles Herbster, who has been accused of sexual assault by eight women — allegations he has denied. He is engaged in a legal battle with state Sen. Julie Slama, the only accuser to be identified by name.

Trump held a rally in Nebraska last week in support of Herbster, but almost all of Nebraska’s GOP establishment leaders, including Gov. Pete Ricketts, support businessman Jim Pillen in the primary.

A third contender, state Sen. Brett Lindstrom, has gained traction partly due to his endorsement from the mayor of Omaha, Nebraska’s largest city.

West Virginia lost one of its three House seats, and while both existing districts lean strongly Republican, there is one fewer seat for Republicans to hold onto, according to analysis from FiveThirtyEight.

One of the House races features a rare matchup between two incumbent lawmakers. Republicans Rep. David McKinley and Rep. Alex Mooney are facing off against each other and three other challengers in the primary.

The McKinley-Mooney matchup is another test of former President Donald Trump’s endorsement power. Trump has backed Mooney, who has echoed the former president’s false claims about the 2020 election. McKinley, however, has the support of Republican West Virginia Gov. Jim Justice and Democratic Sen. Joe Manchin.

Manchin even released an ad denouncing Mooney and declaring his support for McKinley.

“Alex Mooney has proven he’s all about Alex Mooney. But West Virginians know David McKinley is all about us,” Manchin said in the ad.

West Virginia Secretary of State Mac Warner, however, told ABC News Live’s Diane Macedo on Monday that he doesn’t think the Trump or Manchin endorsements will decide the race.

“He’s certainly very popular… I think people still are tuned in to what he has to say. But I really don’t think that’s going to be the decisive factor in this election,” Warner said of the former president. “Endorsements are important, but I think people really vote their conscience.”

As for Manchin’s endorsement, Warner was unsure of whether it would have “much play at all in this particular race,” which is also a test of one of President Joe Biden’s signature policies.

West Virginia is one of the nation’s poorest states, and McKinley is one of 13 Republicans who voted for Biden’s infrastructure bill that is expected to funnel $6 billion to the state. Mooney voted against it and won Trump’s endorsement when Biden signed the bill into law.

Greg Thomas, a Republican political consultant in the state who knows both candidates and once worked for McKinley, is of the belief that Trump’s support for Mooney could, in fact, be a tipping point.

“Trump’s personality isn’t something that we see a lot here in West Virginia. But his issues, these are West Virginia conservative issues and have been before Trump came along,” he told ABC News.

McKinley has also been hurt by Trump’s focus on his vote to establish an independent commission to investigate the Jan. 6 Capitol attack.

Unfounded claims about the 2020 election overshadow the two races, as both Herbster and McKinley have pushed the false claim that the 2020 election was stolen from Trump. Herbster attended the “Stop the Steal” rally in Washington, D.C., on Jan. 6, 2021, which preceded the attack on the U.S. Capitol. Mooney has also supported a Texas-led lawsuit seeking to throw out the election results in Pennsylvania, Georgia, Michigan and Wisconsin; and he objected to certifying the election results in Pennsylvania and Nevada.

Tuesday’s primaries are coming just over a week after a Supreme Court draft opinion that would overturn the landmark Roe v. Wade decision on abortion was leaked. The impending decision has galvanized abortion rights supporters and anti-abortion rights activists alike.

“It may excite the [voter] base, but I think we’re gonna have an exciting election either way,” Warner said.