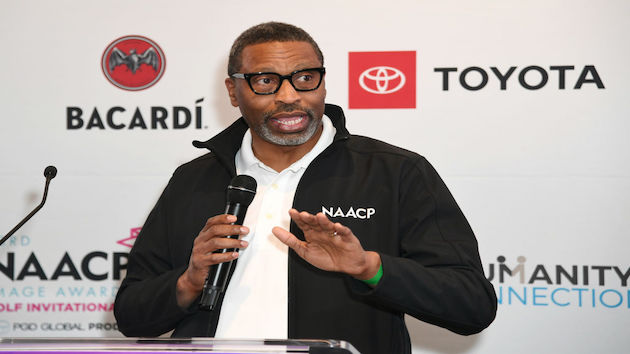 (WASHINGTON) — The NAACP called on Attorney General Merrick Garland to investigate years of allegations of widespread fraud and misspending in Mississippi totaling a reported $96 million, according to a letter obtained exclusively by ABC News.

NAACP President Derrick Johnson called on the Department of Justice “to aggressively investigate and prosecute those responsible for the massive theft of federal funds that apparently took place in Mississippi in fiscal years 2017 through 2019.” He noted that “funds from these programs are to be used for the neediest and most vulnerable in our society.”

Mississippi State Auditor Shad White alleges that money set aside from the federal government for the Temporary Assistance for Needy Families (TANF), Supplemental Nutrition Assistance Program (SNAP) and Child Care and Development Fund (CCDF) programs were misappropriated under the leadership of John Davis, then-head of the Mississippi Department of Human Services, according to the letter.

The fraud allegations were first revealed in 2020 by state prosecutors in one of the largest cases involving embezzlement claims in state history. Six people have been indicted on state charges, including Davis.

Davis has pleaded not guilty, court records show. His trial, which was supposed to start last year, has been delayed several times. An attorney for Davis did not respond to ABC News’ request for comment.

The others indicted include Nancy New, the former owner of the Mississippi Community Education Center (MCEC); her son, Zach New, the assistant executive director of the MCEC; and former Department of Human Services employee Gregory “Latimer” Smith.

Attorneys for Nancy and Zach New did not respond to a request for comment from ABC News. Contact information for Smith was not immediately available.

Nancy New told the Clarion Ledger in 2020, “I just have to say that I think there’s a lot more information to come and we’re just waiting our turn.”

Several individuals in the case have accepted plea deals including former pro-wrestler Brett DiBiase who pleaded guilty in 2020 to a single count of making fraudulent statements for the purpose of defrauding the government.

Anne McGrew, an accountant for the MCEC, pleaded guilty in October 2021 to one charge of conspiracy to commit embezzlement.

White said in a 2020 press conference the case was the “most egregious misspending my staff have seen in their careers at the Office of the State Auditor.” He later added, “when you read this one-hundred-plus page audit, you will see that, if there was a way to misspend money, it seems DHS leadership or their grantees thought of it and tried it.”

White said in 2020 after the indictments, “this is an example of money going to or should have gone to folks who needed it through a federal program, Temporary Assistance for Needy Families (TANF). To those families, I say, I’m incredibly sorry that this money did not go to your benefit as it should have. But you need to know that you have advocates who are standing up for you, and this is not going to be allowed and it’s stopping right now.”

The questionable funds included $5 million for a lease agreement for a multi-purpose wellness center that would later become a volleyball stadium, $635,000 for a virtual reality lab that included individuals who weren’t identified as needy and $44,000 to retired professional football players for football camps that focused on student-athletes and did not address helping at-risk youth.

Most of the misappropriated funds are alleged to have been stolen through a now-dissolved anti-poverty program called Families First for Mississippi, co-operated by the Mississippi Community Education Center, according to the audit. The MCEC did not reply to a request for comment from ABC News.

The NAACP’s Johnson said in his letter, “these apparent crimes were ignored by DOJ under your predecessor Attorney General, and we are calling on you to take action that is long overdue.”

Johnson said Mississippi State Auditor’s findings were referred to the Justice Department, “however, nearly two years later, despite the overwhelming documentary evidence of fraud, forgery, and abuse in this matter, DOJ has not yet launched a criminal investigation.”

He said in the two-page letter to Attorney General Garland, that “failure to investigate may lead to the impression that DOJ is continuing the previous administration’s pattern of looking the other way when laws are broken by white state officials, especially when the wrongdoing disproportionately harms minorities.”

Johnson urged “in the strongest possible terms to take immediate action to investigate and prosecute those involved in this massive theft of federal funds.”

“The Department received the letter and will review it,” a spokesperson for the Justice Department told ABC News in a statement.