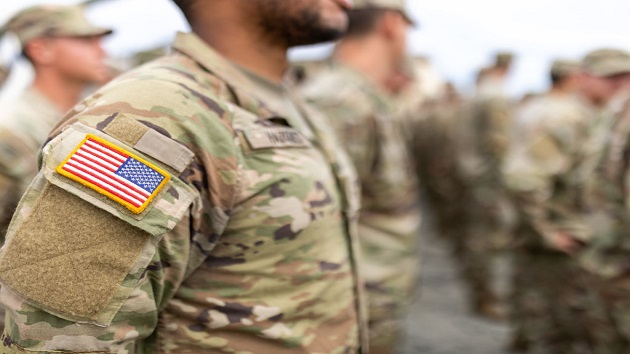 (NEW YORK) — Despite a gradual upward trend in military suicides over the last decade, 2021 saw a more than 15% decrease for active duty service members, according to a new Defense Department report.

“For the active component there was over a 15% decrease in the rate of suicides from 2020 to 2021,” said Beth Foster, executive director for DOD’s Office of Force Resiliency in a briefing Thursday. “Young enlisted male service members remain at greatest risk.”

The department took steps to lower suicide risk across the force in 2021, including awareness programs, boosts in quality of life, and efforts to reduce the stigma of seeking help. The improvement has been heartening, but Pentagon officials believe there’s more to be done.

“While we are cautiously encouraged by the drop in these numbers, one year is not enough time to assess real change,” Foster said.

Though military suicide rates have trended upward since 2011, it has been essentially on par with that of the U.S. population, when accounting for age and sex.

The Pentagon controls for age and sex to help make a more apples-to-apples comparison between the U.S. population and the military, which is disproportionately made up of young males, who are generally more likely to take their own lives.