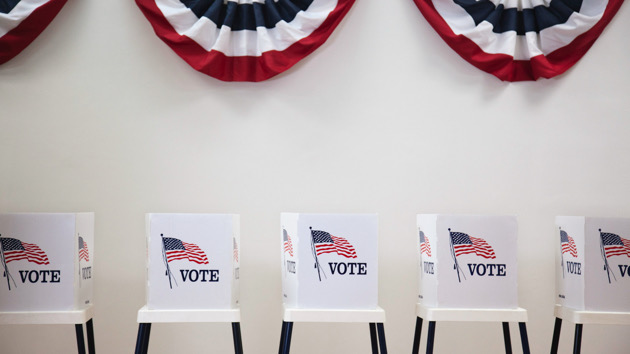 (WASHINGTON) — More than 23 million people have voted early in the 2022 general election, according to data analyzed by the University of Florida’s U.S. Elections Project — about 15 million more than just one a week ago.

A number of states have opened up early voting within the past week, according to University of Florida professor Michael McDonald, who heads the Elections Project. That has led to the sharp uptick in early vote totals. Turnout in 2022 is still projected to be higher than usual for a midterm election, according to McDonald, even though midterms have historically low participation compared to presidential cycles despite growing interest in recent years.

“It does seem very robust, early voting … I think we’re looking at more like a 2018 election, definitely,” he told ABC News, noting that the last midterm election in 2018 recorded some of the highest turnout in the nation’s history.

With the general election now 15 days away, some sort of early voting option is underway in over 35 states. Early voting periods range in length from four days to 45 days before Election Day, according to the National Conference of State Legislatures.

The pace of early voting numbers should pick up even further this week, McDonald said, as additional states start offering in-person early voting and additional ballots should be sent out for those who have requested mail-in options.

Georgia, in its first general election test of a sweeping elections bill signed into law in 2021 by incumbent Republican Gov. Brian Kemp — legislation that Democrats widely deemed as restrictive — has been shattering past turnout trends.

Georgia has had record early voting turnout since the option to cast a ballot opened last Oct. 17, surging to nearly twice the number on the first day of early voting in 2018, according to the secretary state’s website.

Totals are within “striking distance” of the 2020 presidential election turnout.

As of Friday, Georgia was well over the one million mark with 1,250,091 voters having cast their ballots. The state noted that 18,109 showed up on the first Sunday of early voting. Sunday’s total “marks an astounding 211% of the 2018 midterm total for the first Sunday of Early Voting,” according to the secretary of state.

“One in five active Georgia voters has made a plan and gotten their ballots in early,” said Secretary of State Brad Raffensperger said on Friday. “They’ve played a wonderful role in reducing the lift for their county election directors come November 8th.”

On Sunday, Raffensperger said that while one in five active voters had already voted in the state, Georgia is set to hit the 2-million-mark next week.

In Florida, in-person early voting began a week ago on Monday in 37 Florida counties. The state has already seen some of the highest numbers of the cycle, mostly leading the nation in early vote totals. The state is currently totaling at 2,774,204 cast thus far, the second highest rates in the nation.

California has remained competitive in early voting as well, currently at 2,359,851 ballots returned.

McDonald has said that because of Florida, Texas and California’s larger size, broader voter turnout activity is expected, along with the fact that Floridians tend to use mail ballots more frequently than some of the other states have so far been casting votes early.

Of the states that record party registration, the U.S. Elections Project shows more Democrats have voted early this cycle — 44.8% compared to only 33.3% of Republicans, though Republican totals have creeped up over the past week while Democrats’ have decreased.

The share of Republicans who are recorded saying voters should be allowed to vote early or absentee without a documented reason fell drastically in the past few years, according to a 2021 Pew Research survey– down 19% from 2018. The same survey found that Democrats were more than twice as likely as Republicans to strongly support making early, in-person voting available to voters for at least two weeks prior to Election Day.

The use of absentee and mail-in ballots have been subject to conspiracy and skepticism after former President Donald Trump said that mail-in ballots lead to voter fraud in 2020.