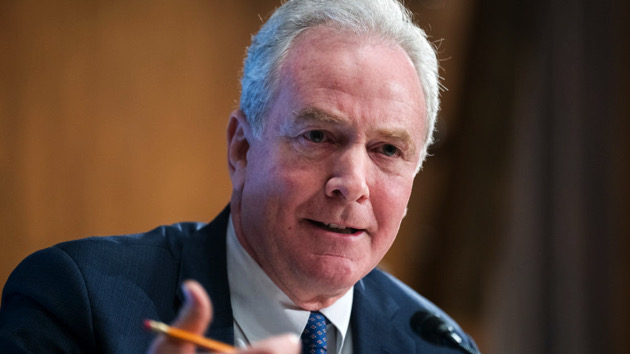 He was admitted to George Washington University Hospital after experiencing lightheadedness and acute neck pain while delivering a speech in western Maryland, the senator said in a statement.

An angiogram Sunday indicated he had “experienced a minor stroke in the form of a small venous tear at the back of my head,” Van Hollen said, adding that he has been told there are no “long-term effects or damage as a result of this incident.”

His doctors advised him to remain under observation for a few days, out of an abundance of caution, the senator said.

“I look forward to returning to work in the Senate later this week and thank the medical team for their excellent care,” he added.

“This weekend, after feeling lightheaded while delivering a speech, I sought medical attention at the recommendation of the Attending Physician,” he tweeted when sharing his statement. “I’m feeling much better but will follow doctors’ orders and curtail my schedule for the next few days.”

The news comes after Pennsylvania Lt. Gov John Fetterman, the leading Democratic candidate in the Pennsylvania Senate race, said he also suffered a stroke, on Friday.

“I had a stroke that was caused by a clot from my heart being in an A-fib rhythm for too long,” Fetterman said in a statement released Sunday afternoon.