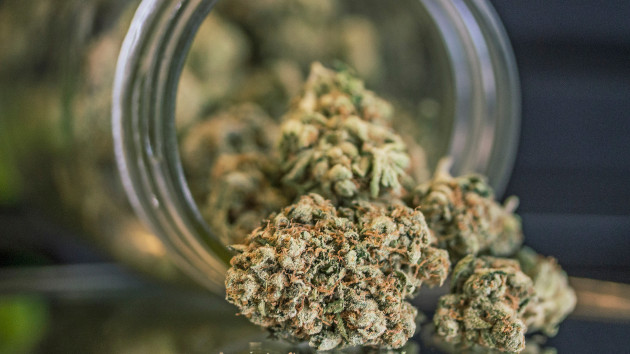 (WASHINGTON) — Two years ago, a majority of voters in South Dakota passed a ballot measure to legalize recreational marijuana.

However, a lawsuit last year prevented the Mount Rushmore state from joining the nearly 19 other states in the country that have regulated cannabis sales for their adults.

Proponents of the 2020 measure are taking it back to the polls this November with a new ballot measure, one that they hope will show naysayers that the general public wants change.

“The fact that a law that was approved by 54% was repealed by a lawsuit is something the people have not ignored,” Matthew Schweich, the deputy director of the advocacy group the Marijuana Policy Project, who has been spearheading the efforts of the 2022 ballot, told ABC News.

Recent polling shows that the state’s ballot initiative outcome could be tight and policy experts tell ABC News that it will have a major impact on the future national cannabis laws.

“Every year there is a cumulative effect, there is more data, there is more political will to change policies,” Dr. Mason Marks, Florida Bar Health Law Section professor at Florida State University College of Law, told ABC News.

The latter ballot measure was blocked a year later in a lawsuit filed by two highway patrol officers on behalf of Gov. Kristi Noem. The South Dakota Supreme Court ruled on Nov. 24, 2021, that the measure couldn’t become law because it violated the state’s requirement that constitutional amendments deal with just one subject.

“South Dakota is a place where the rule of law and our constitution matter, and that’s what today’s decision is about,” Noem said in a statement after the court decision.

Schweich said South Dakotans who supported the measure have been furious.

Legalized cannabis supporters were able to get enough signatures for a new ballot this year.

If Initiated Measure 27 passes it would legalize “the possession, use, and distribution of marijuana.”

“I spoke with these people and I was amazed at how many people who signed the petition say this was about restoring the will of the people,” Schweich said.

A poll released last week by South Dakota State University has shown that this year’s ballot measure could be a very close vote.

Roughly 45% of South Dakotan voters are in favor of IM 27 while, 47% are opposed, and 8% are undecided, according to recent poll results. The poll, which was conducted between Sept. 28 and Oct. 10, interviewed 565 state voters and had a margin of error of +/- 4%, pollsters said.

“It really is too close to call,” David Wiltse, an associate professor of political science at South Dakota State University who oversees the poll, told ABC News.

Wiltse noted that legalized cannabis is a lower priority for a lot of voters compared to the state and congressional races.

“A lot of people will hold off giving a definitive answer three or four weeks out,” he said.

“Since medical has been put in place we have a certain segment that is reconsidering their stance on recreational,” Burns told ABC News. “Some voters felt that medical was important but they went with both [2020 ballot measures] because they didn’t know which one was going to be approved, and if recreational passed then medical would too.”

While there was major support from South Dakotans to legalize cannabis, the latest ballot measure has had some opposition.

Protecting South Dakota Kids, a coalition of residents, medical professionals, pastors and others, has spoken out against the measure contending legalizing cannabis wasn’t needed to reform the criminal justice system.

“The promises of a windfall of new revenue have been unrealized, but their taxpayers are left funding the marijuana industry. Their citizens are seeing rising lawlessness, marijuana-related emergency room visits, drug treatment, and increased traffic fatalities,” James T. Kinyon a spokesman for the group told ABC News in a statement.

Marks noted that South Dakota’s new initiative is different from other previous ballot measures, in that its language is broad and doesn’t include any language about dispensaries or regulation, leaving those protocols up to the state.

“It eliminates criminal penalties to grow, and use and share,” he said. “Essentially it’s taking the drug off the schedule on a state level.”

Marks noted that there has been a push for years for the federal level to remove cannabis from the DEA’s list of scheduled drugs and South Dakota’s measure could give those arguments more weight.

“If this influences national policy, it would be huge,” he said.

In the meantime, the national discussion over marijuana will certainly play a role in the ballot measure’s outcome in South Dakota and other locations this election, according to Marks.

Voters in North Dakota, Missouri, Maryland and Arkansas will also decide if their adult residents can purchase and use legalized cannabis in this year’s election.

Currently, 19 states and the District of Columbia allow for recreational marijuana use for adults.

On Oct. 5, President Joe Biden announced he was pardoning all Americans who’ve been convicted of simple marijuana possession under federal law.

Marks said Biden was not only committing to a campaign promise but also tapping into the changing attitudes Americans have about legalized cannabis.

The percentage of Americans who support legalizing marijuana went from 32% to 67% between 2009 and 2019, according to the Pew Research Center.

Burns noted that whatever happens with the South Dakota initiative, legislators in the state and others throughout the country will have to address this trend.

“The general population has certainly been out in front of the elected officials when it comes to marijuana,” he said.