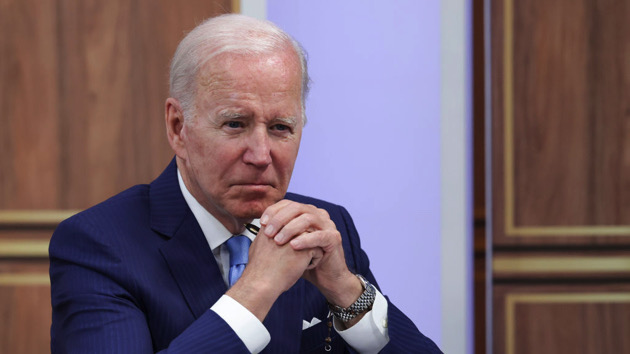 (WASHINGTON) — With another mass shooting at a hospital complex in Tulsa on Wednesday, and as families in Uvalde are still holding funerals for loved ones massacred last week, lawmakers are under pressure to find solutions to gun violence, but it’s unclear if even the massacre of schoolchildren will yield any new results.

A House committee was called back from recess to hold an emergency meeting on Thursday to consider Democratic proposals while a bipartisan group of senators was continuing talks, with that chamber also on recess, in hopes of agreeing on a basic framework for new gun control measures when the full Senate returns next week.

Sen. Susan Collins, R-Maine, part of the group working to find a bipartisan deal, said in a statement Wednesday the group was making “rapid progress” on proposals “that could garner support from both Republicans and Democrats,” but even so, President Joe Biden told reporters he’s “not confident” lawmakers will be able to pass gun legislation, noting how he served in Congress for 36 years.

Major gun control legislation has failed for decades in the Senate due in large part to the filibuster rule, which requires 60 senators for a measure to advance toward a final vote. Though Democrats hold a razor-thin majority in Congress, they cannot push legislation through the Senate without the support of at least 10 Republicans.

Sen. Chris Murphy, D-Conn., also part of the bipartisan talks, tweeted Wednesday there is “growing momentum” on a bill that can get “broad bipartisan support in the Senate” and that the group will keep working, but the group has remained tight-lipped on what the final proposal will include. Murphy has acknowledged it wouldn’t include an assault weapons ban, as it wouldn’t garner enough Republican support, despite similar legislation passing in 1994.

The House Judiciary Committee convened Thursday morning for a markup on a package of gun control measures, called “Protecting Our Kids Act,” paving the way for the full House to approve the proposals as early as next week — and then to send them to the Senate. The measures include raising the age to buy a semiautomatic centerfire rifle from 18 to 21 years old and establishing a tax credit for the safe storage of firearms.

Notably, the House has already passed gun control measures in this session of Congress, but that legislation has stalled in the Senate given GOP opposition and the 60-vote threshold — so the real fate of gun control reform in the U.S. now mostly lies with the Senate group talks.

Still, amping up the pressure, House Speaker Nancy Pelosi at an event in California on Wednesday suggested Democrats would also consider holding a full House vote on an assault weapons ban following the recent mass shootings — a non-starter for Senate Republicans.

“As we get through those we will have hearings and marking up the assault weapons ban,” Pelosi said. “We are just trying to hit it in every possible way.”

While the House measures wouldn’t overcome a GOP filibuster in the Senate, the action is meant as so-called “political messaging” to pressure Senate Republicans and may put further pressure on negotiators to reach an agreement on areas of potential compromise.

Republican Leader Mitch McConnell tasked John Cornyn, R-Texas, to negotiate with the group of senators, but said at a press event in Kentucky Wednesday that “hopefully” senators will “find a way to come together” to make progress on gun violence.

“It seems to me there are two broad categories that underscore the problem: mental illness and school safety,” McConnell said. “So hopefully we can find a way to come together and make some progress on this horrendous problem consistent with our Constitution and our values.”

The full Senate and House are scheduled to return to Washington next week.