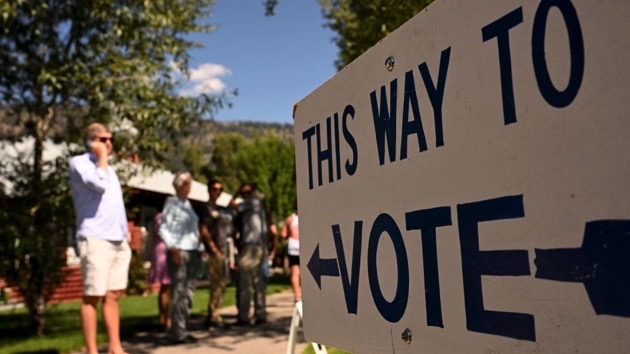 (NEW YORK) — GOP Rep. Liz Cheney of Wyoming spent $8 million in her reelection bid against primary challenger Harriet Hageman, who spent just $3.5 million on her campaign. Yet Cheney did something that well-funded incumbents rarely do: she lost.

Hageman’s victory on Tuesday cemented a new political reality in the 2022 Republican primaries: Incumbency and large war chests, long considered to be among the biggest keys to electoral victory, are no longer a safeguard when it comes to candidates facing opponents backed by former President Donald Trump.

“With Donald Trump, the ice cube has not melted,” longtime Republican donor Dan Eberhart told ABC News. “It sends a message that Trump is ascending and people that cross Trump will likely be pushed out of the party.”

Of the ten House Republicans who voted to impeach Trump following the Jan. 6 attack on the U.S. Capitol, four decided not to seek reelection, leaving six to face primary challengers. All six, including Cheney, outspent their opponents — yet four out of the six lost.

Only two of them — Rep. David Valadao of California, who did not compete against a Trump endorsee, and Rep. Dan Newhouse of Washington — advanced to the general election in November.

Cheney, in particular, boasted massive fundraising prowess over the past year and half as she emerged as one of the most vocal anti-Trump voices within the GOP. While co-leading the House investigation into the Jan. 6 attack, she not only raised up to triple the amount her challenger was bringing in each quarter, but she also repeatedly broke her own fundraising record as scores of anti-Trump Republicans and moderate Democrats from across the country rallied behind her, according to campaign disclosures filed with the Federal Election Commission.

But her $15 million war chest failed to ensure her a fourth term in Congress, as she lost in a nearly 40-point landslide to Hageman, 49,316 votes to 113,025 — even though Hageman raised a relatively modest $4.4 million and was supported by just $1 million in outside spending from a super PAC partially financed by Trump’s Save America PAC.

“Look at the money that Liz raised — it didn’t matter,” said Francis Rooney, a former U.S. representative in Florida and a longtime Republican supporter who had fundraised for Cheney’s campaign last year and has vowed to not donate to the Republican National Committee this cycle because of its continued alignment with Trump.

The story was similar in Michigan, where impeachment supporter Rep. Peter Meijer brought in nearly $2.8 million through mid-July and received several millions in outside support from super PACs, FEC disclosures show. But he was defeated by Trump-endorsed challenger John Gibbs, who raised less than half a million dollars and spent less than half a million on the race.

Beyond the House races, results were mixed.

In the Senate, where seven Republicans voted to convict Trump following his impeachment, Sen. Lisa Murkowski of Alaska was the only one facing reelection this year — and on Tuesday she topped her Trump-endorsed challenger, Kelly Tshibaka, although she will face Tshibaka again in the November general election, along with two other rivals.

Last month, amid reports that his influence over the primaries may be waning, Trump touted what he called his “never before seen endorsement power,” saying, “They say, whoever I endorse will win!”

“The true story is that my Endorsements have been, by any standard, amazing — stronger than ever seen before in our Country’s history,” Trump said in a statement.

Critics within the GOP, however, say that the growing number of Trump-aligned candidates advancing to the general election is a concern for the party because “there’s a limit to how many people are going to be MAGA people,” according to Rooney.

“[Some of] the people that used to fund Republicans are now funding Democrats, while the Democrats still have their traditional funders like unions,” Rooney said. “And all we’ve got are these hostile populists,” he said of the GOP.

Eberhart said he shares concerns about the GOP becoming a cult of personality.

Despite Cheney’s landslide loss, some Republicans say her robust fundraising could be a silver lining.

The outgoing Wyoming representative, whose campaign reported having $7.5 million in the bank as of late July, can now “pocket the money for a rainy day,” Eberhart said, which could include a presidential bid if Cheney chooses to launch a 2024 campaign. Shortly after her primary loss, Cheney converted her House campaign committee to a political action committee named “The Great Task” — an organization that Cheney’s spokesperson said will seek to “mobilize a unified effort to oppose any Donald Trump campaign for president.”

“Liz Cheney basically gave up the race, but made herself a national figure, tried to make herself a martyr,” Eberhart said. “And now she has standing to run as a never-Trumper in the 2024 race.”