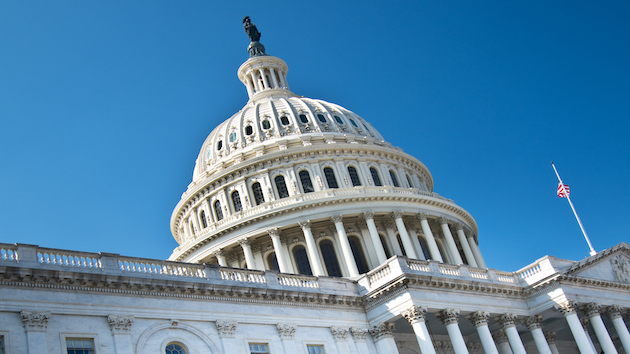 (WASHINGTON) — Rep. Adam Kinzinger said Sunday he supports issuing subpoenas to anyone who has information about the Jan. 6 attack on the U.S. Capitol and what action former President Donald Trump took — even members of his own party, including House Minority Leader Kevin McCarthy.

“I would support subpoenas to anybody that can shed light on that, if that’s the leader that’s the leader,” Kinzinger told ABC “This Week” co-anchor Jonathan Karl. “Anybody with parts of that information, with inside knowledge, can probably expect to be talking to the committee.”

“I would expect to see a significant number of subpoenas for a lot of people,” Kinzinger added.

Kinzinger, R-Ill., said that while some members of Congress attempt to brush off the events of Jan. 6 because it’s “politically inconvenient,” the committee is determined to get a full account of the truth.

“If anybody’s scared of this investigation I ask you one question, what are you afraid of? I mean, either you’re afraid of being discovered, of having some culpability in it or, you know what? If you — if you think it wasn’t a big deal, then you should allow this to go forward,” he said.

Kinzinger and Rep. Liz Cheney, R-Wyo., are the only two Republicans appointed by Speaker Nancy Pelosi to the House select committee spearheading the investigation into the Jan. 6 insurrection. The panel held its first hearing Tuesday, with emotional witness testimony from four police officers who responded to the attack.

The committee plans to meet on Zoom during the August recess to plan next steps, including issuing “quite a few” subpoenas, Chairman Bennie Thompson, R-Miss., said on Friday. He added that staffers will meet with Justice Department officials next week and members have requested a meeting with Attorney General Merrick Garland.

“This cannot continue to be a partisan fight,” Kinzinger said during Tuesday’s hearing. “I’m a conservative, but in order to heal from the damage caused that day, we need to call out the facts. It is time to stop the outrage and the conspiracies that fuel the violence and division in this country and — most importantly — we need to reject those that promote it.”

Karl pressed Kinzinger on how the committee intends to enforce subpoenas on fellow members of Congress if they refuse to comply.

“I intend, at least, on the committee, to get to a full accounting of the truth,” Kinzinger responded. “And if somebody thinks that they can stand up and use — maneuvers to try to string this investigation out and hope that people lose interest — at least me, and I know the other members of the committee, are determined that we are going to get to that answer.”

“So it may cost you a lot in legal fees to try to resist, but we’re going to get to that answer,” Kinzinger continued.

Karl also asked Kinzinger whether the committee would subpoena the former president.

“It seems clear that you would want to talk to Donald Trump himself, am I right?” Karl asked.

“We may not even have to talk to Donald Trump to get the information,” Kinzinger responded. “There were tons of people around him.”

The Republican House Leadership held a press conference an hour ahead of the hearing on Tuesday where members tried to blame Pelosi for the attack on the Capitol.

“The American people deserve to know the truth that Nancy Pelosi bears responsibility as speaker of the House for the tragedy that occurred on January 6th,” Rep. Elise Stefanik, R-N.Y., said.

Karl asked Kinzinger about it Sunday.

“They protected Donald Trump from blame here and they’re blaming Nancy Pelosi for the fact that Trump supporters invaded the Capitol, and — including her office. Can you explain to me what they’re talking about?” Karl asked.

“To me it’s mind blowing and it basically shows the desperation to try to derail this,” Kinzinger said.