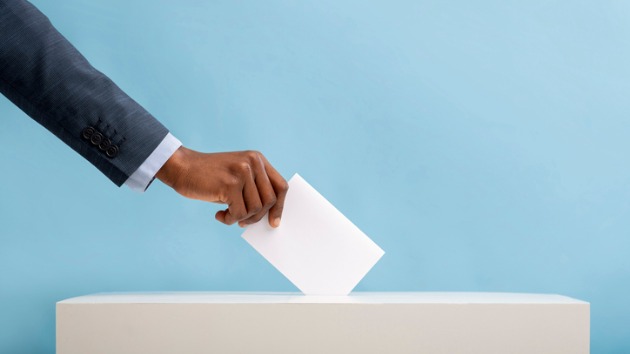 With just days left before the legislative session ends, Republican lawmakers in both chambers of the Georgia General Assembly passed the bill, SB 202, on a party-line vote in the House first and then the Senate.

Marc Elias, the attorney leading the charge on behalf of Democrats to expand options during the pandemic, had already promised “an immediate lawsuit” if Kemp signed the bill into law.

Democrats and voting rights advocates have blasted the bill as a voter-suppression tactic and legislative “power grab” in response to former President Donald Trump and GOP allies peddling false conspiracy theories about a stolen, fraud-filled election for months. But Republicans contend the bill increases accessibility and is meant to streamline elections, provide uniformity and address a lack of confidence in Georgia’s elections “on all sides of the political spectrum,” a notion Democrats dispute.

The bill would expand early voting for primary and general elections, but not for runoffs, which is how Jon Ossoff and Raphael Warnock secured their Senate seats — and the Democrats’ majority — in January, breaking a decades-long streak of Democrats losing in statewide runoff elections.

For primaries and general elections, counties would be required to have advance voting on both Saturdays and have the option to do it on the two Sundays that fall in the three-week period, too. Current law only mandates one Saturday of early voting. Another omnibus election bill awaiting final votes, HB 531, originally banned early voting on Sundays, but it was changed following fierce pushback from Democrats and the faith community who called it a direct attack on Black voters who participated in “Souls to the Polls” events after Sunday service.

However, this bill would shorten the period between elections and runoffs from nine weeks to four weeks, and while counties would be able to start early voting “as soon as possible,” the bill only requires it be offered Monday through Friday the week before the election — a much shorter mandate that includes no weekend days. Complicating this further is the possibility that the week lines up with Thanksgiving, when many are traveling. This bill also bans early voting on holidays.

One provision of the bill would make it a crime for someone who is not an election worker to give food or beverage to any elector waiting in line to vote, a practice known as “line warming,” except for self-service water stations. In the June 2020 primary, voters in Georgia’s largest metro counties — Democratic strongholds with large minority populations — waited in line for up to eight hours.

Another provision bans out-of-precinct voting until 5 p.m., and electors arriving after that point must sign an affidavit saying they cannot get to their assigned precinct in time to vote. Currently, voters who show up to the wrong precinct can vote a provisional ballot and their votes will be counted for races they were eligible to vote for, like statewide races.

The bill would also eliminate the signature-matching process to verify mail ballots and instead require voters to provide their driver’s license or state ID number, or a photocopy of another accepted identification if the elector lacks those.

While an audit examining the signatures in Georgia’s third-largest county found no fraudulently cast ballots, this verification process was the source of much of the former president’s post-election ire. Top Republicans, like the governor, endorsed changing from this “subjective” verification process to an “objective” one.

Secure ballot drop boxes are not explicitly sanctioned under current state law, and this bill would change that, but it would also implement new restrictions on their use compared to what voters experienced in the 2020 cycle.

Unless there’s a health emergency, drop boxes could only be inside advance voting locations and only accessible when those locations are open. This means voters could not use them during the three days preceding an election or on Election Day — the period when returning an absentee ballot by mail is most risky since it must arrive by 7 p.m. on Election Day to count.

Another provision would ban portable polling facilities, like the mobile voting buses Fulton County used last cycle, except in emergencies that force a polling precinct to close. Additionally, third-party groups would be barred from sending absentee ballot applications to any voter who has already requested, received or voted a mail ballot. Doing so subjects them to sanctions by the State Election Board.

The board would also get its own overhaul and the General Assembly would gain new power over elections.

The secretary of state would become a nonvoting member of the board and no longer chair it. Instead, the Republican-controlled General Assembly would elect a chair by a majority vote. Since the legislature already appoints two board members, under this bill they would appoint three of five voting members to the board that oversee elections and refers potential election law violations to the attorney general or relevant district attorney.

Among the board’s new authorities is the ability to suspend county election superintendents and appoint temporary replacements. But the board’s power to enact emergency rules would be curtailed because the House and Senate Judiciary Committees would have the power to suspend rules put in place because of public health emergencies, like the one sanctioning drop boxes in the 2020 cycle.

Two provisions of the bill would add new burdens for county election divisions.

While counties would be allowed to begin processing absentee ballots weeks ahead of time, on election night workers would no longer have the ability to stop counting ballots until they are finished, excluding the few categories of ballots that can be accepted until the Friday after the election.

The bill also changes when counties must complete certification, moving up the deadline by four days — a change that will most impact the large, metro counties that typically certify on or close to the current deadline.

Violence by extremists could occur ‘for weeks’ in wake of Supreme Court decision: DHS

What can Democrats in Congress do to protect abortion rights? Probably nothing, at least for now

Where abortion stands in your state: A state-by-state breakdown of abortion laws