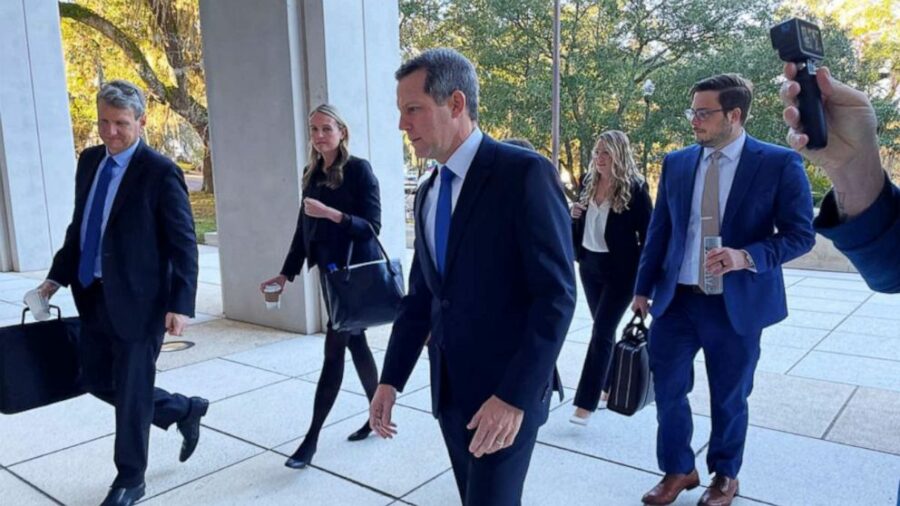 (TALLAHASSEE, Fla.) — A federal judge upheld Florida Gov. Ron DeSantis’ suspension of a state prosecutor who DeSantis viewed as “woke” — but in doing so, condemned the governor for violating the prosecutor’s right to free speech.

U.S. District Judge Robert Hinkle issued the ruling Friday, several weeks after a trial in the case featured testimony from some of Desantis’ top aides.

At issue was the true motivation behind DeSantis’ suspension of Andrew Warren, a Democrat who was reelected in 2020 as the top state prosecutor in Tampa and surrounding Hillsborough County after running on a platform of criminal justice reform.

According to DeSantis’ executive order suspending Warren in August, the state attorney demonstrated “incompetence and willful defiance of his duties” by implementing certain “policies of presumptive non-enforcement” and by co-signing a left-leaning advocacy group’s public statements about state laws criminalizing gender-affirming care and abortions.

In his order on Friday, Hinkle wrote that, “The assertion that Mr. Warren neglected his duty or was incompetent is incorrect. This factual issue is not close.”

Hinkle said that, while DeSantis was wrong to dismiss Warren, it was not within the court’s power to reinstate him, and thus ruled in favor of the governor.

After the U.S. Supreme Court overruled Roe v. Wade last year, Warren joined more than 80 local, elected prosecutors from around the country in signing a statement saying, “[We] commit to exercise our well-settled discretion and refrain from prosecuting those who seek, provide, or support abortions.”

The top lawyer in the Florida governor’s office, general counsel Ryan Newman, testified during the trial that any “reasonable person” would view the statements Warren signed as “a pledge,” making Warren’s suspension not only warranted but lawful under Florida state law.

However Warren disputed that the statements reflected any type of policy or pledge, testifying that he signed them because he “agreed with the general idea” behind them.

David O’Neil, an attorney for Warren, lauded the judge’s commentary on Friday and said he and his legal team were already considering next steps, which could include an appeal.

“On the merit and substance,” O’Neil said, “this ruling was a complete rebuke of Gov. DeSantis.”

Warren’s supporters also leapt at the ruling. Rep. Maxwell Frost, D-Fla., released a statement calling on the Republican-controlled state Senate to “put partisanship aside” for Warren, “immediately reinstating him to his duly elected position.”