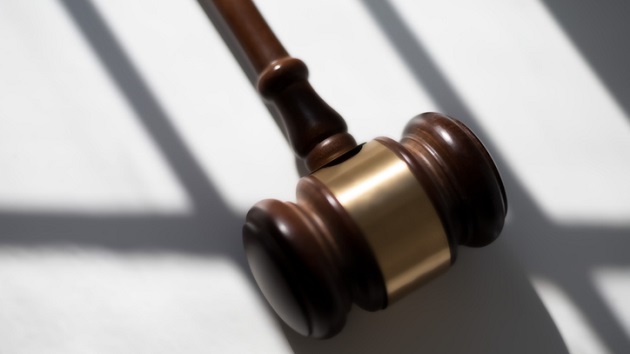 (NEW YORK) — A New York judge has approved a preliminary injunction and an independent monitor to oversee the Trump Organization in an order that follows several hours of oral arguments Thursday.

The judge chided the Trump defense team for failing to submit “an iota of evidence” that would rebut the New York attorney general’s allegations of “comprehensive demonstration of persistent fraud” within the Trump Organization.

In deciding to appoint a monitor to supervise parts of former President Donald Trump’s business and grant a preliminary injunction to stop, what the attorney general’s office described as “ongoing fraudulent activities,” Judge Arthur Engoron said Trump has “demonstrated propensity” to engage in fraud, specifically calling out the overvaluation of Trump’s New York City apartment.

Former Trump Organization CFO Allen Weisselberg testified the valuation “overstated the apartment’s value by give or take $200 million,” according to the attorney general’s office.

“To the extent that defendants assert that the over-valuation of approximately $200 million was not intentional but an inadvertent mistake, such argument is irrelevant under Executive Law 63 (12),” Engoron wrote.

“The New York Attorney General has stretched the bounds of her authority to set a very dangerous precedent,” he said.

The preliminary injunction prevents Trump from moving assets, so they’re available in New York should the state prevail in its $250 million civil lawsuit against the former president and his family.

“In the absence of an injunction, and given defendants’ demonstrated propensity to engage in persistent fraud, failure to grant such an injunction could result in extreme prejudice to the people of New York,” Engoron’s order said. “The relief sought is appropriately tailored to curbing unlawful conduct and ensuring that funds are available for potential disgorgement at the conclusion of this case.”

As for the independent monitor, the judge said the monitor’s function will be “narrowly tailored” to assure there is no fraud or illegality at the Trump Organization.

The monitor will be chosen later this month after the two sides submit candidates. The monitor will oversee the company’s preparation of Trump’s statements of financial condition and ensure accurate information is conveyed to lenders and third parties.

During oral arguments, Kise said this kind of relief should make every commercial real estate developer concerned about what he argued was the improper injection of the court into private business affairs.

When he became president, Trump put his ownership of the Trump Organization into the revocable trust that he is now trying to shield from the attorney general’s lawsuit.